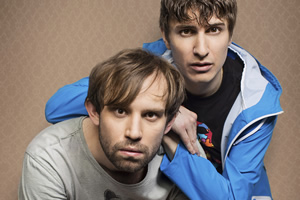 If you got on Dragons' Den, what would you pitch?

I talk to Naz Osmanoglu

"You can actually be very serious in a Scandinavian accent and get a lot of humour out of it!"

Celebrated New Zealand comedian Rose Matafeo's appearance in a roast battle on Comedy Central UK this week has been marred by a racist controversy.