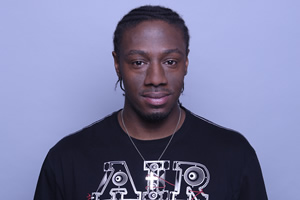 TV, radio, a new tour - and Nathan Caton still can't afford to move out of his mum's house. Still, there's always football, albeit Brentford. And what's that about The Now Show...?

Stand-up comedian Nathan Caton talks about featuring his family in his show, the boost Radio 4 can provide, TV nerves, and his ideal football squad.

For public health reasons, the country might not yet be ready for normality, but every glimpse that a return pre-pandemic life might be possible remains a fillip for the soul.

A comedy pilot showcasing some unfamiliar faces and offering a fusillade of rapid-fire gags from London Hughes, Tom Allen, Nathan Caton and many more. With so many comics jostling for space, the quality is inevitably variable - but with barely any sketch lasting for longer than 30 seconds, at least no one outstays their welcome.

ITV to pilot new stand-up format Out There

ITV is to pilot Out There, a stand-up show from the producers of Mock The Week in which comedians perform in 'real world' locations.

A cosy cruise down the middle of the road.

Had he been a decade older, Nathan Caton's lot at this stage in his career would probably have been to be a decent circuit comic, with a dependable 20 minutes and a full diary.

Following the success of last year's Straight Outta Middlesex tour Nathan Caton is back. He's keeping it real and keeping it funny, dissecting all things from the personal to the political in his brand new show The Pursuit Of Happiness.