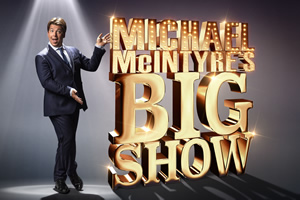 With the fifth series of Michael McIntyre's Big Show ready to transmit, here's an interview with the host in which he talks more about what we can expect. 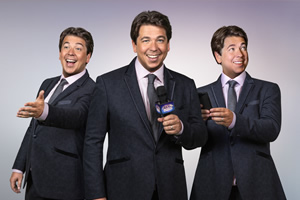 Michael McIntyre says everything is bigger and better in Series 4 of his Big Show. 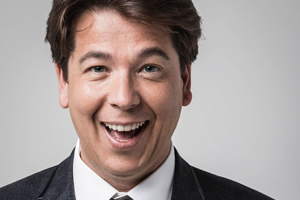 Michael McIntyre is back with a third series of his Big Show. He talks about how they've raised the stakes again in Series 3, and introduces his new format 'thing', The Midnight Gameshow. 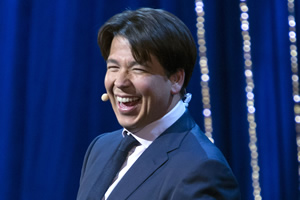 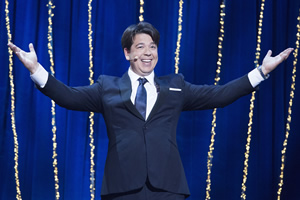 Michael McIntyre talks about the 'Unexpected Star' and 'Celebrity Send To All' games in his Big Show. 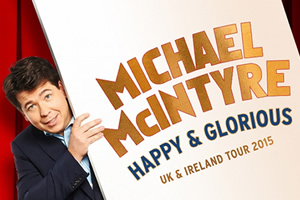 Michael McIntyre has been presented with ceremonial keys to London's O2 Arena, having now performed at the venue more than any other artist.

Michael McIntyre will tour arenas the UK and Ireland in 2015 with his new show, Happy & Glorious.

Videos: The Best of Michael McIntyre

The new Michael McIntyre DVD is out on 12th November 2012. To mark his return, we've collected up videos of some of his most popular previous routines.

McIntyre gets Schofield in big trouble on This Morning

Michael McIntyre got Phillip Schofield in trouble as he tricked him into making a big announcement he was not allowed to make.

This is classic observational comedy, which will all be relatable to almost everyone. Well, almost all of it. He just needs to point his wife in the direction of some cheaper shoe websites.

The horizons may be narrow in the British stand-up's special but nobody does this sort of material better.

For a benign observational stand-up, Michael McIntyre can be a surprisingly divisive figure among comedy aficionados. This review - and indeed his first Netflix special - is not going to change your mind either way as to the merits of his work.

5 things to know about his new Netflix show Showman.

The 44-year-old admitted he does have some regrets about the gags he's made at his wife's expense.

Unbiased jokes at the BBC? We've heard that one before

Writers remain sceptical of Tim Davie's plan to limit left-wing laughs, and warn it will be impossible to deliver.