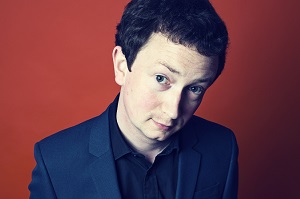 Matt Green: Tips for comedians at the Edinburgh Festival

Matt Green is not going to Edinburgh this year (he's performing in Camden instead). In this article he offers his top tips for comedians who are in Scotland this August.

A mildly amusing show, but Matt Green would probably have been better sticking to the audience banter which is where the main humour was.

Three confident comics and a full house made for happy punters during tonight's Comedy Box show.

Recently-married stand-up comedian Matt Green speaks to us about his upcoming slot at the 11th Eden Stand-Up Comedy Night at Eden Cinemas. New to Malta, the British comic is gaining traction on the circuit thanks to his new show, Groom for Improvement - all about the agonies and ecstasies of early marriage.

How do you think you're going to die? In an accident? From old age? Being stabbed? It's a question we've all considered at one time or another.

The two comedians discuss their respective shows We're All Going To Die and Alive.

Matt Green is a sharp and witty comic whoose admirers include Richard Herring (he featured on a RHEFP!)