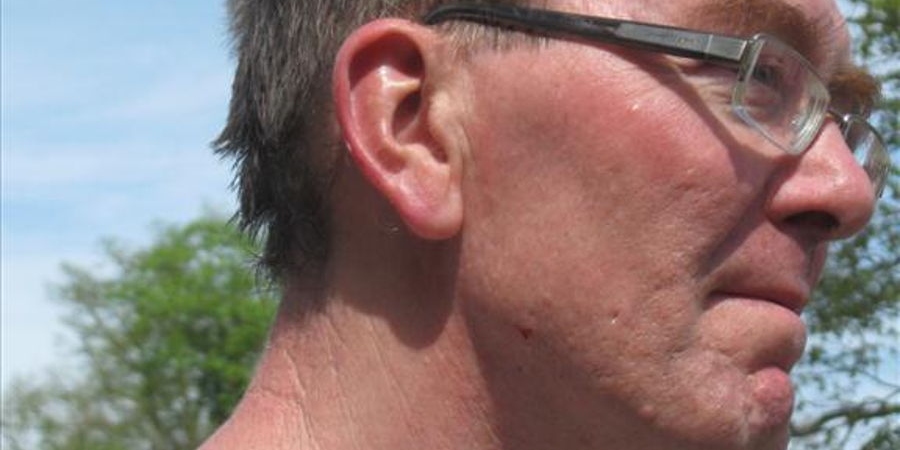 Hi Mark. Who are you and what do you do in comedy?

I'm Mark Gregory, I'm primarily a writer of sitcoms, sketches and spoof news articles. I also have a YouTube channel (Can't Be Arsed Comedy) where I post occasional sketches.

What was the first comedy that resonated with you personally?

Growing up in the Seventies, there was a lot of mainstream comedy on TV, Dick Emery Show, Harry Worth, etc. Then I saw Monty Python (my mother didn't always let me watch it) and it blew me away. I'd never seen anything so funny, irreverent or madcap, compounded by the fact that it failed to follow any structure, format or rules of the game that everyone else played by. Still love it today and am influenced by it in video sketches.

I've got a reasonably broad, eclectic taste in comedy. I'm berated by some of my peers for laughing at Everybody Loves Raymond (but they don't know what they're missing). Growing up, I picked up from my dad, a love for the magnificent character of Sergeant Bilko. Today I own all the series of (the somewhat surreal) Ideal, Still Game and Early Doors. I've watched a lot of Red Dwarf, Two Pints Of Lager (don't care what people say), Not Going Out, The Office and The Fast Show and laughed out loud at Lead Balloon and Bad Move.

Watching John Shuttleworth live has literally made my sides ache and I have similar admiration for Dylan Moran and Kerry Godliman. Plus, there's two guys on Radio Leeds, Larry and Paul, that always make me chuckle.

How has your writing evolved, for the better, since you started out?

For sitcoms, I've learnt to develop characters and a structure before just diving in and writing a few scenes that I think are funny (but am happy to capture good ideas while I'm feeling inspired), so that I end up with a meaningful, well-rounded piece of writing.

The old adage of writing being one per cent inspiration and ninety-nine per cent perspiration. Lots of people might not finish off ideas or drafts. You can get a long way from having a solid work discipline.

Also, gather a bunch of like-minded writers and show them your work and don't be afraid to take criticism and ideas from them.

What are your hopes for your current comedy projects?

I really want some of my sitcom ideas to come to fruition in some format, to have more exposure with my sketches, topical comedy and YouTube channel.

Really interested in vegan cooking and trying new recipes while I'm a member of two running clubs and a gym. Sometimes comedy ideas come to you when you're out running.