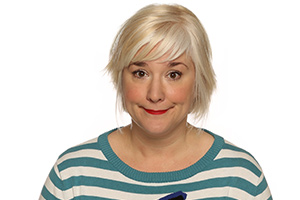 Christopher Biggins, beefy noodles and a Ouija Board - we pop a cork with Spit or Swallow's Lou Conran.

Five months after its forced closure on 17 March, Bristol Old Vic is set to reopen with a series of performances this August and September.

Twelve weeks into the UK's coronavirus-induced lockdown, now is a time where we need comedy more than ever. Unsurprisingly, it's also a time where it's perhaps hardest to find something that's' actually damn funny. MoodyComedy is trying to remedy this.

Streaming Service NextUp​ has announced its next batch of releases. There are specials from Casual Violence, Ashley Haden, Njambi McGrath, Lou Conran and Alexander Bennett.

At last! Comedy Store has an all-female weekend bill

It has taken 40 years, but the Comedy Store has booked its first all-female bills for its prestigious weekend shows.