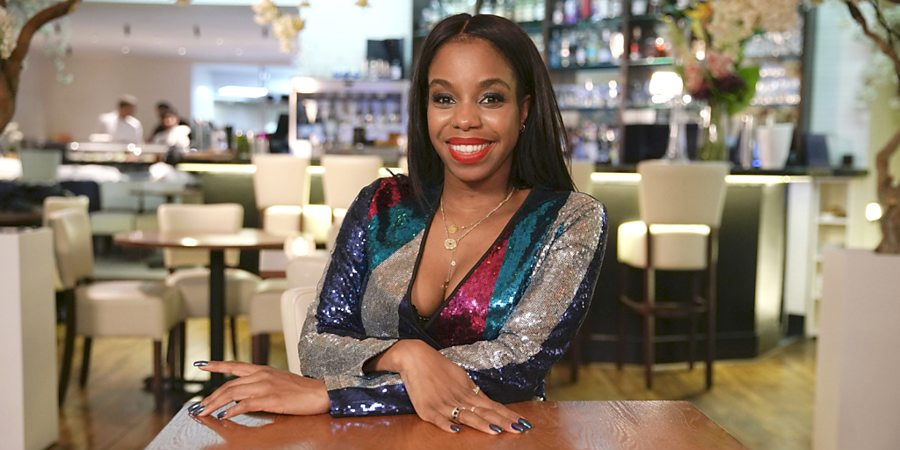 London Hughes met Tommy Holgate at the Edinburgh Fringe, where they both had stand-up shows. For their first date they went to the circus and then to watch a dance group. They were together for nine months in total, but things turned sour towards the end of their relationship when London says it would often feel pretty competitive between the couple in terms of their comedy careers. The pair have kept in touch via social media over the years but have not met up in person since their split. Until now - they appear together on the latest episode of Eating With My Ex.

How did you meet Tommy?

I met Tommy at the Edinburgh Fringe Festival in 2010 I think. I was attracted to his hair - he had a massive blonde afro, and I was like, "Different, interesting!" We were together nine months, and it was a lot of fun. We did a lot of crazy stuff.

How was the relationship?

Tommy had a load of distractions in his life, and I was very much focussed on my career, and I guess in a way we just kind of clashed, we kept butting heads a lot, we'd argue a bit, and he was trying to focus on his career as well. And my career was going a bit better than his, and it felt like we were competing at times. We'd always have silly little arguments for no reason.

How was the break up?

The break up was one of those necessary things. I do remember storming off and thinking he'd run after me, but he just didn't! 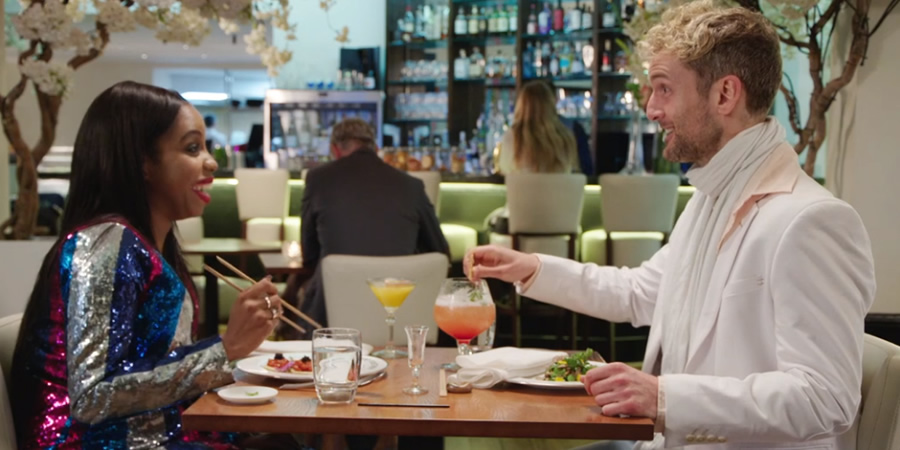 Have you kept in touch since you split up?

We'd had some contact via Facebook every now and again but I hadn't seen him. We actually did want to meet up but I was very busy filming, so it was nice that through the show we could meet up.

Were you nervous about seeing him again after so many years?

I was more nervous for him, because it must be quite surreal for him to see his ex-girlfriend on a television set, with cameras. So I was more worried about how he would feel about seeing me again and in this type of set up.

When we sat down together, it was like a blast from the past, and I was like, "Ah, there he is," and it was fun, there was a lot of laughter.

Does having a public profile make it harder to date?

It makes it so much harder, guys are intimidated by me. I've never dated anyone who is more successful than me, and I'd love to, but those types of guys kind of don't want successful girlfriends. In my experience those kinds of guys want just normal, nice schoolteachers, lovely civilians. They don't want a comedian who's fun, and in your face, doing reality TV shows.

Are you currently dating?

I let everybody know that I'm single. I used to do online dating, but I deleted it because people kept recognising me and being like, "What you doing on here?" So I was like I'm just going to come off here. I really want it to happen in real life.

Is there a particular type of guy you go for?

I used to have a type but I'm trying to change that. So my type used to be skinny, awkward-looking white guys, and now I'm opening it up to a more broader genre. I always say they have to be as awesome or even more awesome than me.