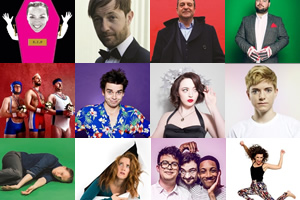 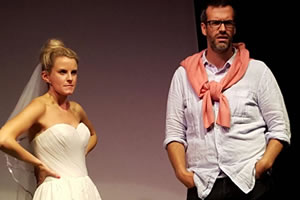 From dodgy show promotion to a hipster invasion... we have the latest from the Edinburgh Fringe, including news of an injury, an arrest and a 'marriage'.

Foxdog Studios duo Lloyd Henning and Peter Sutton talk about turning from IT geeks into comedians. Who are IT geeks.

The Wells Comedy Festival in Somerset - now in its sixth year - returns this May and another 13 shows are now on sale, bringing the total up to 58.

Sometimes it seems you can't turn on TV without catching a cooking programme or open a newspaper without reading about the latest foodie trend. Yet comedy seems slow to catch on to this national obsession - an oversight that Comedy Canteen aims to address. Even if the culinary content is dubious, it deserves a Michelin star for silliness.

Here for the lols? From buzzy newcomers to stand-up giants, these are the best comedy shows at Edinburgh Fringe 2019.