Liz Guterbock is an actor, stand-up comedian, singer and improviser from Visalia, California, United States and United Kingdom, who lives in London, Britain.

Liz Guterbock (2019 BBC Radio 4 New Comedy Award Nominee, 2019 Funny Women Finalist) is a native Californian and London based comedian and improviser. In her wry, story driven stand up, Liz will give you a good picture of what happens when a Type-A personality moves to Britain, and things don't exactly go to plan. 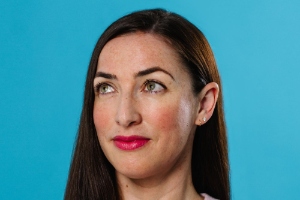