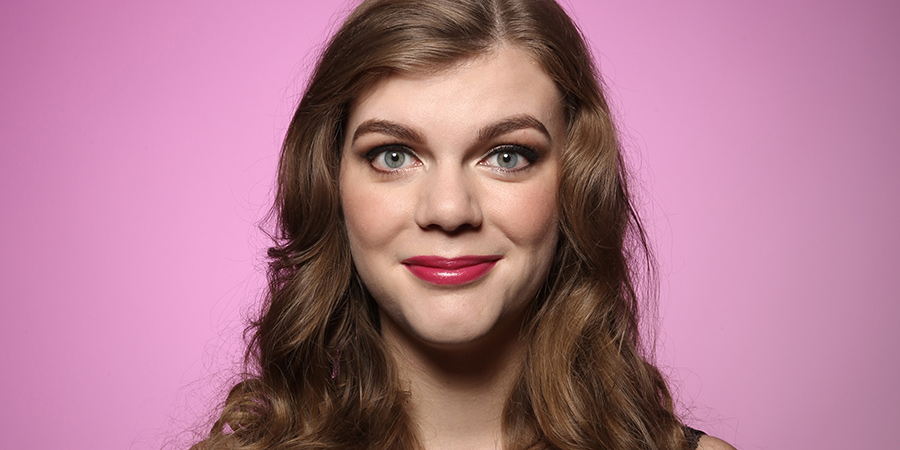 Surprisingly perhaps, Lauren Pattison feels sympathy for those comedians who've been financially secure enough to take time off during the Coronavirus pandemic.

"I imagine it must quite difficult for them to think up new material" the Geordie stand-up reflects. "Whereas I had a big break up, decided to relocate back to the North, moved back in with my parents for six months, got a dog and worked in Morrisons for a year."

Approaching 2020, 27-year-old Pattison had, by her own admission, "hit a wall" in her career. Surviving hand-to-mouth in London, the former Edinburgh Comedy Award best newcomer nominee was gigging non-stop. But the lucrative television work she desired largely eluded her. So with "fire in my belly" she'd planned to "smash" Edinburgh again, land her first UK tour and attract more TV attention. Pragmatically though, she was moving back north with her boyfriend to save money.

"Then the pandemic happened and it knocked a lot of my momentum off-kilter" she recalls. "I broke up with my partner. Well, he broke up with me. Whatever, let's not try to save face. Then I chose to stay in Newcastle, which was a big decision."

Switching from being a full-time London comic to working in a supermarket in her home city was never the dream. But while she "loves the circuit", Pattison was jaded with gigging five or six nights a week and the strain it put on her relationship.

"I don't want to say that [the pandemic] has been a good thing for me because it's been a very tough year" she acknowledges. "But all of these Zoom gigs, the way I approached them was just chatting about what was happening in my life. I've got the scope to write so much new stuff now. Even the stuff I'd been working on for last year's Edinburgh show, about dating a posh boy, I feel like I can look at it now with a different pair of eyes. I feel like once I sit down with a notepad to write another hour I'll be pleasantly surprised by how much I've got."

Unwilling to gamble on this year's reduced Edinburgh Fringe, Pattison's primary focus is now the 2022 festival. 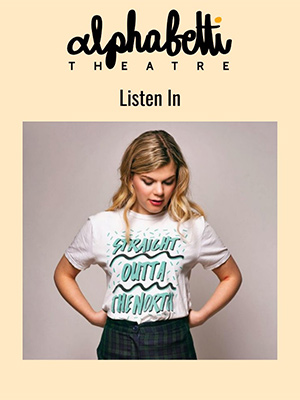 Prior to that though, she's written her first play, which she also stars in. A 20-minute monologue, The Last Laugh focuses on stand-up Katie Baker, returning to play her most dreaded venue after a horrific gig that she'll never forget. One of three short pieces livestreaming from the 4th to the 15th of May at the Alphabetti Theatre in Newcastle, the hope is that small audience bubbles will also be allowed into the venue to enjoy the plays live.

Despite being partly autobiographical, The Last Laugh isn't based upon a specific nightmare gig that Pattison endured.

"I sort of pooled together all the memories" she laughs. "Not just the bad gigs, because we all have those. No, those horrendous, rock-bottom gigs where you're like 'why do I do this?' But I also thought about the top ones. And the moment when I got the Fringe nomination. I bottled all of those feelings, the conflict between the two of comedy making me feel so bad but also so good. That's why I keep doing it."

Baker is essentially Pattison, but "where I was a few years ago.

"She's at that awkward stage in your career where you're not an open spot anymore, you're getting paid gigs. But she's not at that level where the general public would know who she is. She probably couldn't do her own tour and maybe feels a little stuck, which I can definitely relate to. More so now because of Covid. That point where you're too far in to give up.

"But also ... I do feel a bit stuck. I've given up too much time and too much of my life to quit. And I really enjoy it."

Regardless, there were times when Pattison found it hard to write for the character.

"I just wanted to write it about me, I wanted to make it a piece of stand-up" she admits. "I'm used to getting the laughs. If there hasn't been one for a while, I feel I need to punch it up a bit with a gag. It's still a comedy theatre piece. But I have to remind myself that there's less pressure for there to be laughter every few seconds."

Having studied drama at Northumbria University for four years, when it came time to write her 2017 Fringe debut, Lady Muck, Pattison "knew that I liked playing with emotions, tensions and pace" she recalls. "Yet here, I can explore the trajectory, I have a lot more space to breathe. One bit I wrote and remember thinking, 'oh God, this is so dramatic!' Then I remembered that that was the point, it has to be dramatic."

She jokes that nepotism landed her the Morrisons job, as her mother already worked at the supermarket. But the importance of networking is demonstrated by the fact that The Last Laugh's director, Jonluke McKie, taught her at Live Theatres Youth Theatre in Newcastle as a teenager. 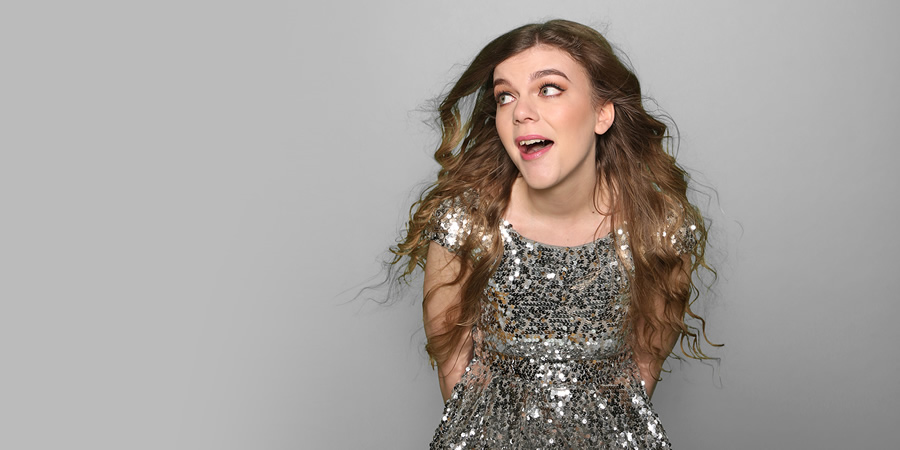 "He's one of the people that helped me discover that I like comedy and making people laugh" she says. "It's mad that I've gone from being a 14-year-old in youth theatre to a 27-year-old he's directing in something professional I've written.

"He explained to me that, unlike with stand-up, I can't be in the rhythm of it necessarily. I've got to pretend that I'm having these thoughts for the first time."

Pattison, whose first writing credit for television was the fourth series of Roast Battle last year, was advised against leaving London. "People told me I was never going to have a TV career" she reflects. "That I could kiss goodbye to panel show spots and writing jobs once I was living up north. But if that's the industry's attitude that's very sad.

"I feel like I've lost a year, potentially two, because it doesn't look like Edinburgh's going to happen in a meaningful way this year. But I'm very motivated and determined to work hard. And if there's one good thing to come out of this pandemic it's that it's completely inexcusable for the comedy industry to be so Londoncentric.

"Now that meetings can be done over Zoom and gigs livestreamed, so much stuff can be done without having to be based in the most expensive city in the country. I'd like to think there will be a shift. The cynical part of us thinks it'll never happen. But the hopeful part wants to stick to my guns. Why should you have to be miserable and skint in London when you can be happy and a bit more financially stable elsewhere?"

She speculates that the arts community is more close-knit in Newcastle. McKie approached her because "we've known each other a while, I've always performed at his venue and he's always given me opportunities, so we've kind of had each other's back. I'm hoping that now more people know I'm looking for writing jobs they might also employ me."

She admits to struggling witnessing some of her more affluent peers resist getting another job while live comedy was shut down, fighting a "constant battle in my head of whether I'm on the right or wrong path, what have they done right and I've done wrong?" Online commenters have occasionally been cruel, suggesting "I've never heard of her, so she can't have been very good anyway" she parrots.

"Which is fine, I'm not saying I was a household name" she says. "I'm very aware most people don't know who I am. But I'm also aware that I was good at what I did. I was very good. But as someone without that name recognition, I've been hit harder.

"People seem to think comics are all millionaires living in mansions and have no right complaining. Or rubbish because you've not heard of them. Oh, do shut up. I haven't heard of all hairdressers and that doesn't mean they're bad hairdressers."

Happily, Pattison's diary is now filling up again, with weekend gigs booked in from mid-May through to September. Nevertheless, she's allowing herself one weekend off a month. "Because I'm single. How hard is going to be to find someone if I'm never around on a weekend?"

And she's increasingly "leaning into" her vulnerability, grasping for emotional honesty and feeding the adversity straight back into her routines. 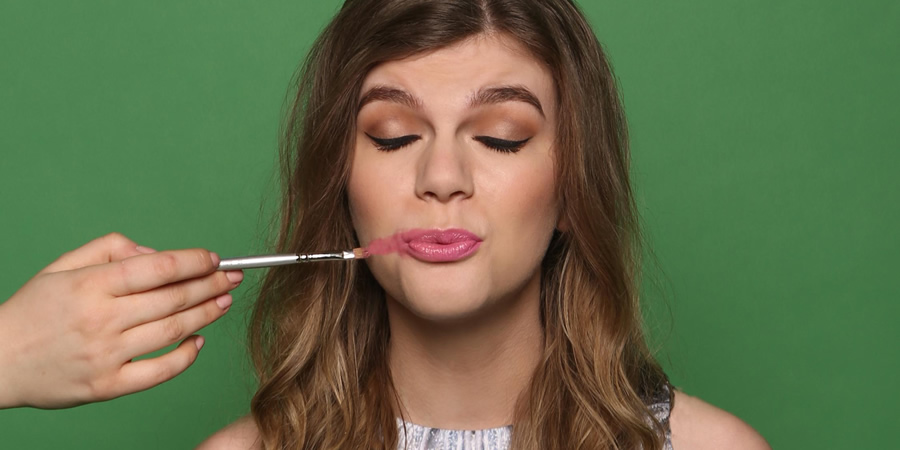 "When I started stand-up, I was always not only one of the youngest people, if not the youngest person, I was always the youngest woman and often the only woman" she recalls. "I feel I had this big guard up on stage, a bit of swag and a real 'don't fuck with me' attitude. It was only when I did my first Edinburgh show that I suddenly realised it wasn't that scary to be a bit more vulnerable on stage, to let my guard down a bit.

"I'm not one of these comics that wants to project that everything's perfect, that I'm unstoppable with faux confidence. I really enjoy honesty and being like 'everything's a bit shit isn't it guys?' But I don't think I'm whingy or whiny. I get the balance right enough to be open without anyone asking me to put my violin away."

A significant factor in preserving her equilibrium was co-hosting the podcast Conversations Against Living Miserably for the Dave channel last year, alongside comedy and mental health writer Aaron Gillies, aka @TechnicallyRon on social media. Speaking to fellow comics about their problems proved reassuring.

"I remember Darren Harriott saying that he struggles to make eye contact, which is something I've been told I do by other comics and promoters" she says. "I'd thought it was just me being daft. It's so nice to hear other comics explain how their brain works. It's made me more confident because it's made me realise that it's not me being a little weirdo or not good enough at my job, that it's quite common.

"The more we did it, the more comfortable I got. If I ever do get panel show opportunities, I'll be prepared. I got so comfortable just being Lauren. Rather than Stand-Up Lauren - bang, bang, bang, so funny all the time. It was nice just being a presenter, stripping all that back and being more myself. I brought that to the Zoom gigs, because you really can't have any airs and graces when you're performing from your childhood bedroom. Doing the podcast was like free therapy and a free confidence boost."