John-Luke Roberts - It Is Better

It Is Better is the fourth release from Monkey Barrel Records, and the first to be conceived, written, recorded and scored specifically for vinyl.

A brand new show by John-Luke Roberts with music by John Chambers, it has been created specifically to be listened to - ideally in the evening, in a comfortable chair, by a warm fire, with a nice drink, while long-thought extinct beasts rampage through the streets outside. 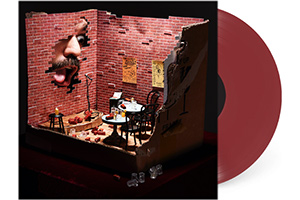 Comedian John-Luke Roberts plans to release his new comedy album It Is Better on vinyl. The show has no audience, instead featuring a specially composed soundtrack.