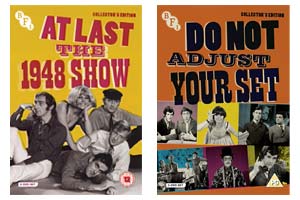 Friday 27th September 2019
This feature refers to an event that has now finished.

Featuring the stars of Monty Python's Flying Circus and The Goodies, and pre-dating both comedies, the landmark 1967 sketch shows Do Not Adjust Your Set and At Last The 1948 Show have been fully restored for new DVD releases. We have three bundles of both titles to give away. 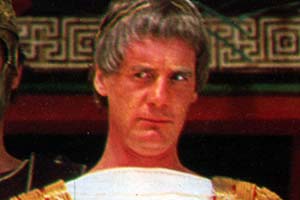 Monty Python at 50 at the BFI

A look at the BFI's September 2019 season celebrating Monty Python's Flying Circus, just ahead of its 50th anniversary. 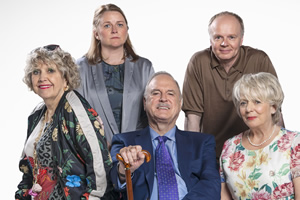 The cast of new sitcom Hold The Sunset discuss their roles in the show. 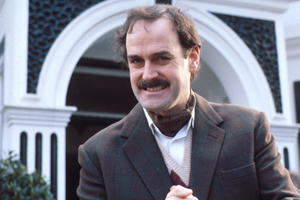 The making of Fawlty Towers

Fawlty Towers is 41 years-old. Here we look back at how a rude Torbay hotel owner inspired John Cleese and Connie Booth to create one of Britain's best loved sitcoms, and what Basil is up to nowadays.

John Cleese is to tour the UK in a series of live shows connected to his autobiography.

Python and Fawlty Towers star John Cleese has become the latest in a long line of comic names to sign a deal to publish his autobiography.

John Cleese has defended his support of JK Rowling after fans were left disappointed by recent comments the Harry Potter author had made about trans people.

At the final reckoning, Monty Python's The Meaning Of Life is a curate's egg.

A conversation with the English comedian about artistic inspiration, cultural appropriation, and tabloid journalism.

Father Christmas Is Back news:

John Cleese is to play Santa in Father Christmas Is Back a new festive comedy film which also stars Nathalie Cox, Elizabeth Hurley and Kelsey Grammer.

Unbiased jokes at the BBC? We've heard that one before

Writers remain sceptical of Tim Davie's plan to limit left-wing laughs, and warn it will be impossible to deliver.

John Cleese 'walks off' The One Show ahead of interview