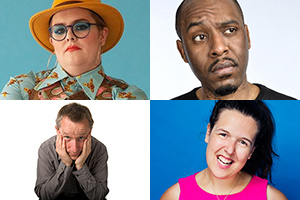 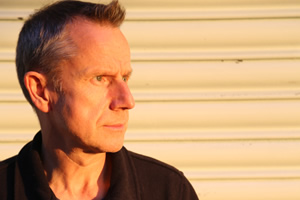 The veteran comic and activist's recollections include being shot at.

The night of comedy to commemorate the genius of Jeremy Hardy has been moced to Wednesday, 26th Jan 2022 at the Eventim Apollo.

It is, of course, Hardy's own words that make the most convincing case for his talents.

The brilliant comedian and activist Jeremy Hardy died a year ago. As a book of tributes to him and excerpts from his work comes out, his wife talks about their life together - and life without him.

The impressionist and comedian on the beloved comic whose deadpan style and fearless politics marked him out as one of the most original voices of his generation.

A new book titled Jeremy Hardy Speaks Volumes is to be released to pay tribute to stand-up comedian Jeremy Hardy, who died in February.

Photographer Steve Best has taken pictures of some of the finest comedians of recent years. He has a new exhibiton in London downstairs at the Observatory Photography Gallery in Russell Square.

Friends and family of Jeremy Hardy gathered to celebrate his life on Monday 13th May at the Battersea Arts Centre.

Bruce Dessau, Beyond The Joke, 16th May 2019
Advertisement