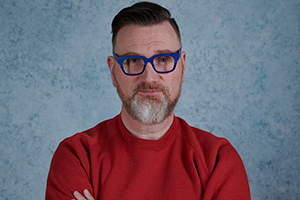 From starting out as Jonathan Ross's tea boy to writing for Shooting Stars to becoming Head of Comedy Entertainment at UKTV, Iain Coyle details the unconventional and serendipitous road he took and how you can successfully pitch your comedy projects.

A marriage made in comedy heaven

Desiree Ibekwe meets the team behind Dave's semi-scripted peek into the lives of married comedians Jon Richardson and Lucy Beaumont.

Lenny Henry to front Gold series about comedy and race

Gold has commissioned a three-part series about different races and cultures in British comedy, to be presented by Sir Lenny Henry.

Sara Pascoe will host a new series for Dave in which comedians are challenged to give interesting, funny lectures on a given topic.