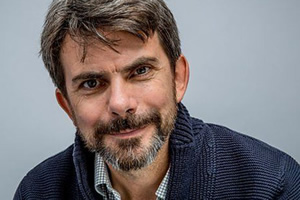 BBC executive producer Garth Edwards talks to Sitcom Geeks podcast about the importance of a good pitch, the problem with treatments, translating notes, and more.

David Mitchell and John Finnemore to star in Radio 4 sitcom

David Mitchell and John Finnemore are to star in Time Spanner, a time travel sitcom for Radio 4.

When Mark Evans, writer of The Bleak Old Shop Of Stuff, first suggested we make a Victorian television programme I assumed he meant a programme set in Victorian times.

Monty Python's Life of Brian is still easily one of the funniest films ever made, but at the time of its release it attracted nothing but controversy.

You may have heard this when it first went out in the 6.30pm comedy zone but if you are generally averse to what's offered in those slots and thus missed it, grab it now. Mark Evans writes one of the wittiest, most ingenious scripts on the air, a Dickensian pastiche with a slight Rocky Horror Show echo. Director Gareth Edwards has cast it beautifully and the actors (Richard Johnson and Anthony Head among them) give it their considerable all.

Why poke fun at Charles Dickens?

Charles Dickens is a genuine national treasure, his works read by millions and the television adaptations usually ratings hits. But his novels and characters are also ripe for satire, says Gareth Edwards.

That Mitchell And Webb Look article:

As the producer of That Mitchell and Webb Look I often imagine what it would be like to have thousands of fans clamouring for an end-of-series-four quiz.