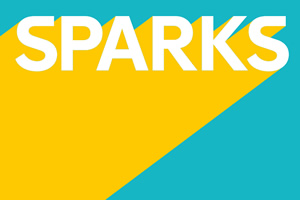 Channel 4 is aiming to "champion bold, experimental short-form ideas" via its new Sparks comedy initiative. It has also increased its Comedy Blaps budget.

Seeking underrepresented voices with less slots to play with is tricky, according to Fiona McDermott.

Filming is now underway on the sixth series of Friday Night Dinner. Plots will include Jim getting a new dog.

Comedy about personal trauma and childhood experiences has been all the rage in the UK, but the genre is ready to take a new direction, according to leading industry figures.

How to avoid offence in comedy - if you want to

Authenticity is the key to avoiding offence in comedy, a panel of TV executives have concluded.

This Way Up news:

Cast revealed for Aisling Bea's comedy This Way Up

More details and a first look picture have been revealed for This Way Up, the new Channel 4 comedy written by and starring Aisling Bea.

Channel 4 has ordered a third series of hit sitcom Derry Girls following record ratings for the second series, which finished airing this week.

As The Bisexual comes to a close on Channel 4, Gerard Gilbert explores how sex remains a deliciously bad-taste joke in British comedy.

Fiona McDermott, C4's head of comedy, tells Pippa Shawley that she is determined to build on the success of Derry Girls.