Dawn French - Me. You: A Diary

I can't count the amount of diaries I have crammed full with entries in January, that then fizzle out as the other months pile in. One of my teenage diaries has fulsome fizzing reports of every single conversation, thought and feeling about every friend, every crush, every meal, every argument until mid-March, when the entry on the 18th simply reads,

Thank god, this isn't that. This book is a way for us to tell the story of a year together. Feel free to write your appointments in it, lists, thoughts and reminders of, say, who to kill, and when, and in what order. But I've also written about age and life as I see it, through the seasons and the months, and I've added some places for you to join me in some fun and some thinking. By the end of the year, I am hoping you will have a fatter, scruffier book that is written by me but totally personalised by you.

Come on in. The paper is lovely... 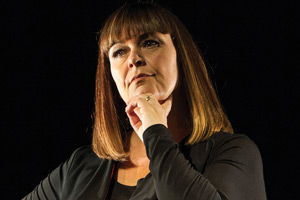 Dawn French is writing a book about turning 60

Dawn French is writing a new book called Me. You: A Diary. The non-fiction title, which will be released in October, is described as a "unique shared diary".