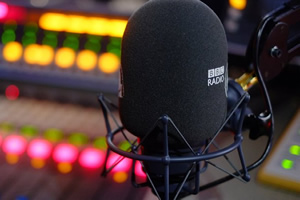 Getting Comedy On The Radio

A podcast discussion about how to get your ideas heard on the radio.

It has won numerous awards, broken BBC Radio 4 records, launched the career of "a once in a generation writer" and spawned a devoted, international fan base with a particular enthusiasm for travelling lemons and otter storage dilemmas. It's the BBC Radio 4 sitcom Cabin Pressure - which for 10 years has chronicled life at a tiny (fictional) charter airline. But it is also a programme that very nearly didn't get made.

Caroline Raphael's influence on radio will be missed

How to break into radio writing

Radio 4 at the Edinburgh Festival 2013

Jeremy Hardy doesn't make a lovely programme. Oh no. He makes a comedy show that is so rabidly leftwing that Caroline Raphael, Radio 4's comedy commissioning editor, has to go on Feedback and confess that she finds it hard to locate comics of a Tory persuasion. Don't worry, Caroline! That's because there are no funny Conservatives. Only PJ O'Rourke can do rightwing humour and he's an iconoclast.

Anyway, cuddle your enemies and all that. Hardy knows who and what he's up against, and so do we. He sticks to his shtick, but gently pushes sideways: on Wednesday's programme he moved from whether it's right to compliment a woman on her haircut to checking out other blokes' trainers to going to the gym, where, he observed, there is always a man in his 70s, naked, talc-ing his privates. Not very political with a capital P. Funny, though, and that's what matters.

New talent at the Edinburgh Fringe

Edinburgh Year 34! I've been going to Edinburgh each August since I was student in 1978. This year as ever I'll be looking for shows to commission for Radio 4 later in the year, comedians and writers to develop series with and new for 2012 brand new comedians for a new show this October, Fresh from the Fringe.