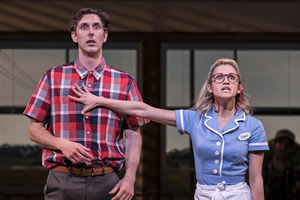 BCG caught up with Blake Harrison, who is currently starring in Waitress The Musical. 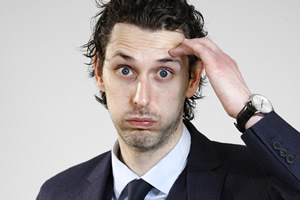 Blake Harrison says it's very nerve-racking performing stand-up comedy as part of the End Of The Pier play.

Blake Harrison talks about Series 2 of The Increasingly Poor Decisions Of Todd Margaret finally airing in the UK, plus Way To Go, Big Bad World and his drama ambitions.

A quick one minute interview with Blake Harrison. He talks about the Channel 4 pilots he's starring in, and the American remake of The Inbetweeners.

The actor is known for starring in the hit Brit show The Inbetweeners but now he avoids being the 'dumb Cockney in a comedy' at all costs. As his new play opens in London, he talks to Isobel Lewis about whether Neil and co have aged well and how he's moved on with the help of MMA fighters.

Simon Bird, Blake Harrison, Joe Thomas and James Buckley have agreed to a joint appearance at Comic Con in November.

The Inbetweeners star Blake Harrison has expressed discomfort with the use of some of the show's foul-mouthed catchphrases among fans.

After Ever After news:

David Walliams to make two more After Ever After specials

David Walliams will star in two more episodes of After Ever After, his format which looks at what happens after fairy tales end. The next stories will focus on Jack & The Beanstalk and Hansel & Gretel.

Whisper it, but ITV could just have created that rarest of creatures - a mainstream sitcom that's constantly funny; deserving of critical praise as well as strong audiences.

Katie & Koji doesn't shy away from the truth

Although from very different worlds, it's soon evident they share similar traits, including a dogged determination to never back down.