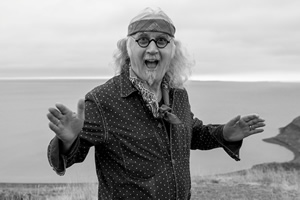 Win tickets to watch Billy Connolly in the cinema

Tuesday 10th September 2019
This feature refers to an event that has now finished.

We've got a pair of tickets to give away to watch Billy Connolly's The Sex Life Of Bandages in the cinema. The winner will also win a copy of his book. 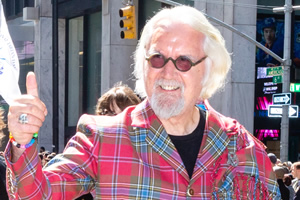 Billy Connolly will act as the Grand Marshal of the New York City Tartan Day Parade this Saturday (6th April 2019). 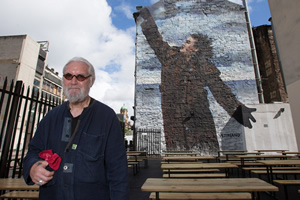 Pictures and a video of Billy Connolly visiting the giant murals in Glasgow that has been erected in his honour.

ITV's festive schedule will feature documentaries about Billy Connolly and Mr Bean. It's also revealed a number of other shows and comedy Christmas specials.

Billy Connolly: I can't perform the way I used to.

Sir Billy Connolly has revealed his terrible moments of stage fright and the fear he couldn't think of anything funny.

Sir Billy Connolly has thrown his weight behind the cause of Scottish independence - insisting the prospect of the country becoming a republic is "as good an idea as any I've ever heard."

Half a century on from being denounced in the pulpits and pilloried for being a "blasphemous buffoon", Billy Connolly remains unrepentant over his controversial routines lampooning religion.

Sir Billy Connolly has opened up on how his taboo-busting routines about sex were inspired by his own "deep embarrassment" about his lack of knowledge as a teenager and his failure to get women to take him seriously.

Billy And Us review:

TV review: Billy and Us

Whisper it, but Scotland's favourite son might not be Oor Wullie. It may be another William - namely Billy Connolly.

Billy And Us review:

Billy and Us, episode one, BBC Scotland, review

Do you recall when it happened? Did the one o'clock gun sound, was there an RAF flypast, a ceremonial casting in gold of his big banana boots? I'm talking about the moment when Billy Connolly went from Scottish outlaw, frightening the horses and scandalising the church, to national treasure.

Billy Connolly: 'I never set out to shock'

Scotland's best-known comedian says he has always wanted to make people laugh but he never set out to deliberately shock anyone.