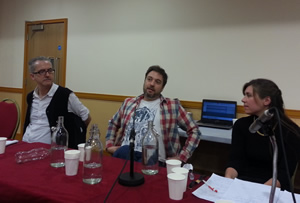 The importance of writing for multiple mediums

An hour-long podcast of a panel discussion in which Damon Beesley, Paul Bassett Davies and Bill Dare offer lots and tips and advice on the topic of writing comedy across multiple mediums. 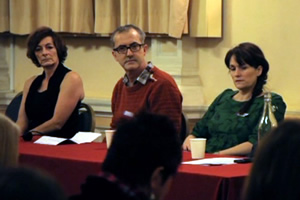 How to get producers and agents to read your scripts

A 50 minute video in which TV producer Caroline Norris, radio producer Bill Dare and agent Vivienne Clore discuss how comedy writers can get their work seen by the industry, how much they can expect to be paid, and more.

Top comedy writer and producer Bill Dare talks about his career, and introduces his new book - an adaptation of his Radio 4 show, Brian Gulliver's Travels.

The public have voted Derry Girls as Best New TV Sitcom in the Comedy.co.uk Awards 2018, with Inside No. 9 named Comedy Of The Year 2018 for the second year running. Other winners include Friday Night Dinner, Taskmaster and Vic & Bob's Big Night Out.

Politics spinning out of control might be bad news for most of us. But you don't hear any impressionists complaining too loudly, says Jay Richardson.