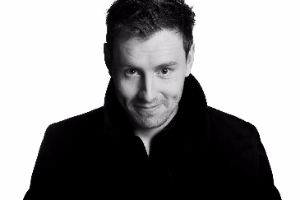 Andrew Ryan answers our 10 questions, and talks about being mistaken for Ardal O'Hanlon.

A double-header featuring two charming young comedians who are clearly destined to go onto bigger things.

Andrew Ryan is a stand-up comedian to keep an eye out for as he looks sure to go onto big things. We find out more about the Irish comedian and his joint Edinburgh show with Joe Lycett...

What's the worst room to perform in at the Fringe?

Edinburgh's biggest dives, by the comedinans who play them.

Comedians explain why they were so generous.

What's the worst Fringe review you ever had?

Whose the worst person you've met at the Fringe?