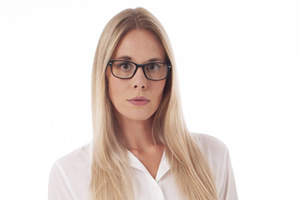 Comedian Alice Marshall has been named as the actor who will play Andrew Doyle's woke icon character Titania McGrath at the Edinburgh Fringe.

Pro-Brexit, anti-woke: the comic breaking all the rules

Andrew Doyle on being kicked out of a comedy club

Andrew Doyle wonders why so many comedians are offended by the satire of Titania McGrath.

"It's no longer about Left and Right. That's obsolete."

The BBC's bid to axe left-wing comedy will fail

From Punch in the 19th century to P. J. O'Rourke to Auberon Waugh to Craig Brown to Titania McGrath, if it's grown-up, nuanced political humour and satire you want, refer to books, newspapers, magazines or the internet. Let the lefties have the airwaves.

Twitter's purge of the anti-woke satirists

Titania McGrath and other accounts which make fun of wokeness have been censored.

I was censored... by the free speech stand-up night

It was a night set up to champion free speech - but today Comedy Unleashed has been accused of trying to censor comedians who do not agree with its agenda. American stand-up Will Franken, once one of the stalwarts of the club, has criticised its promoters for attempting to influence what he should talk about on stage. However, those behind the club deny censoring the comic, and accused him of making 'fabrications and misrepresentations' following a furious fall-out about the direction of the night.