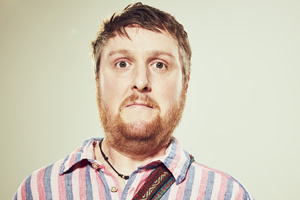 Plenty of fast-paced action, some snappy dialogue and breath-taking aerial shots of tea plantations that make you go wow. Nice wok everyone.

Like its characters, Gap Year is a little wandering and aimless. While the first episode is a little ropey, it does show promise. At the very least, it looks set to offer a comical travelogue for anyone contemplating their own life-changing Asian adventure.

Written by among other people the team behind ITV2 Roman sitcom Plebs, E4's latest comedy drama goes even further afield, although it brings it back to the present day.

The cast has been announced for Tom Basden's E4 backpacker comedy drama Foreign Bodies. Tim Key is amongst the stars, playing a 38-year-old in denial about his life.