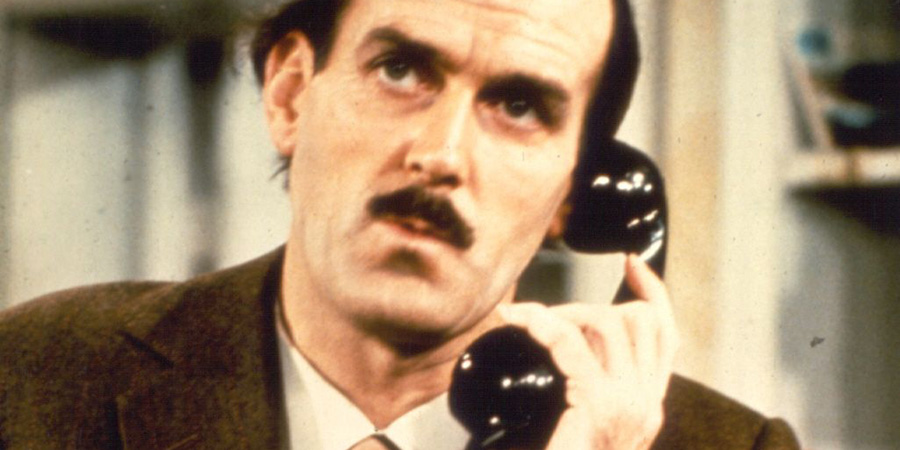 "I hope John Cleese doesn't call again". Now there is a sentence I never imagined ever crossing my mind. 'Hang on Alex', I imagine I hear you say, 'this is a comedy hero, a living legend and probably the very reason you got into comedy in the first place. Surely you would relish the opportunity/bite someone's hand off to get the chance of speaking to him on the phone once, let alone 'again'?'

Allow me to add some context. I'm working in a temp job at a company who, it turns out, are affiliated with Mr Cleese. For reasons of confidentiality, I cannot reveal which company so we'll just call it The Ministry of Silly Walks. Cleese is actually also affiliated with that company but it's very much public knowledge so I'm not violating any NDAs here.

I'm on reception at Silly Walks. It's quiet. The phone rings.

'Good morning, could I speak to Mr Creosote please' (to clarify - NOT his actual name)... 'It's John Cleese'.

I have to stop and double-take, my confident receptionist voice completely cracks as I flounder like a total scatterbrain trying to get hold of Mr Creosote; 'one moment please John - I mean, sir - I mean, Mr. Cleese'. 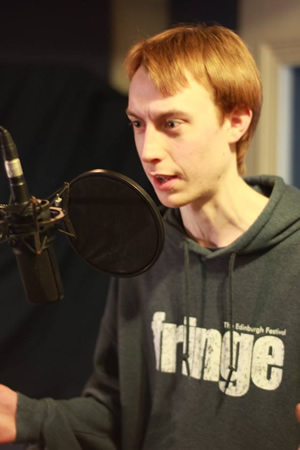 I resist the urge to say 'Brahms 3rd racket' and contact Mr Creosote, who is not at his desk. Nevermind. I'm back on the line with Cleese asking if I can take a message. He is very calm and charming and tells me not to worry. I say 'right' (checking myself that I haven't unwittingly said it in the style of Basil Fawlty) and we finish the call.

I am elated and pretty speechless. It was only a short phone call but even so, I just spoke with a man who was such an inspiration to me and who I have to thank for the first time I ever cried laughing until it hurt. I should have told him all this, what would I have had to lose? It's not like this going to happen again. Well...

A few hours later, I'm at the desk and another call comes through. I immediately recognise the voice. I cannot believe it. I am talking to John Cleese for the second time in one day. I resist the urge to make a complaint about this parrot.

He's trying Mr. Creosote again. I am floundering less this time and keeping it a bit more together as I put him through to Creosote... who is still not at his desk.

Suddenly a fog clouds over me and I'm feeling less casual. John Cleese has called twice and on both occasions, I haven't been able to help him. I anxiously return to John - no, I mean 'Mr Cleese, sir' - and tell him that the guy still doesn't appear to be in.
Cleese is still very polite but immediately I feel guilty. I almost want him to have a go at me in a Basil Fawlty style rant because that way I can at least take something funny away from this and enjoy the fact that 'Wow! He really is like his character'. If I got lambasted by John Cleese, I could dine out on that one until I'm dead.

Instead, we end the call and suddenly I'm internally chastising myself - 'why don't you know where Creosote is? You're the receptionist, you're supposed to be the point of contact for everyone and you can't seem to get in contact with anyone. How's that going to look? John Cleese probably thinks you're useless and wonders where they got this guy from and, Christ, how do these people get their jobs and he'd be absolutely right. How did YOU get this job, Alex? You should be fired from the Ministry of Silly Walks. You should be fired from life. You'll never get anywhere. It's time someone took you outside and gave you a damn good thrashing!'

I am well aware this is my brain reacting on an astronomically irrational level. What did I think he would do, blacklist me from the BBC? Bar me from getting any future work commissioned? He doesn't even know my name or that I even like comedy. Snap THE FUCK out of it. I am just a voice on the end of a phone trying to give the impression that I know what I'm doing. 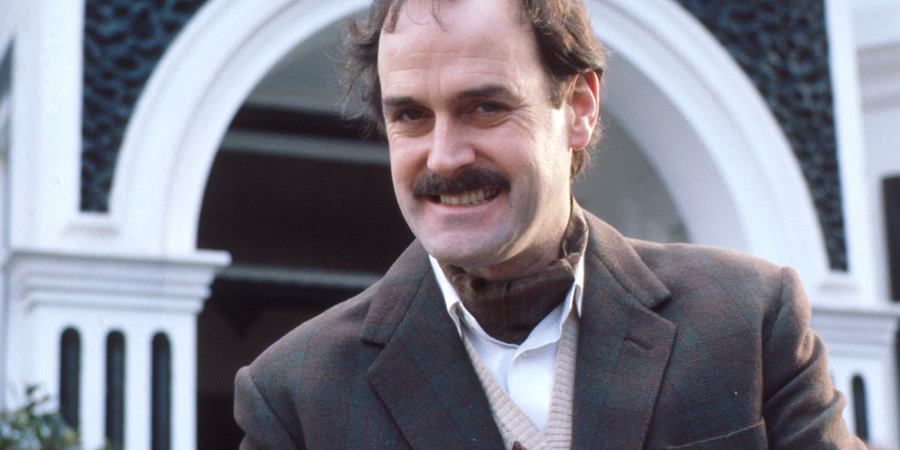 It's interesting how your mind can quickly take you from the zenith straight to the nadir. Even though this isn't strictly my fault, it's going to be the association. He hasn't been able to get through to the appropriate person and that falls on me. And this is how I wound up uttering the words 'I hope John Cleese doesn't call again'.

Well, as we all know, comedy is a rule of three and... Yep, you guessed it. 'Oh hi...' I say in the tone you'd normally incorporate with being stuck talking to someone at a party. Seriously - What is happening?!

I should point out that this all happened over the course of one day, with gaps of hours in between, before it sounds like I'm implying Cleese is pestering. He is not. But I'm not telling this story in real time.

Anyway, I ask him to hold on and this time I actually get out of my chair and go searching for Creosote which, given I'm not allowed to leave my post on reception, is - I think we can all agree - pretty ballsy. Eventually I find Creosote and finally transfer the call. Before I do, I try to end things with Cleese in a slightly more chatty way - resisting the urge to say 'I know nuuuuthiiiing' (God, I'm a twat) - but I can tell he's had quite enough of talking to me for one day.

At least I did get him to where he wanted to be. In the end.

I carried on at that temp job for another month and then left. From then on I would find myself in other offices, sitting by the phone, thinking 'I hope John Cleese calls again'.