Adrienne grew up in the east of London. From a very early age, she loved the arts; singing, acting, writing. She directed her first play on her performing arts course, and later, music videos, including two for Gary Numan.

She started a music production company in 1990, writing/producing music for hundreds of major brand commercials, artists, TV and film, with some of her songs and productions also making the Top 20 in the UK National Charts.

With a successful music career behind her, towards the end of the 90s, early 00s, Adrienne felt her mojo was missing and began indulging her passion for film and TV by writing film and TV scripts (on spec), quickly teaching herself the ropes.

Since then she has written several TV series pilots and other episodes: comedy, sitcoms, comedy-drama and a light crime mystery drama (with humour... naturally) plus a rom-com feature and is currently rotating working on a Christmas family feature, an animation, and a comedy-mystery radio series

Adrienne has supported her writing by working in various production roles on shorts and low budget features and recently set up services to bring together her audio and screenwriting experience and to help writers develop and showcase their scripts in the form of Recorded Table Reads and Audio Play / Radio Play / Podcast Production This includes any or all of the following (plug-plug):

Proof-read, copy-edit, provide analysis/coverage, source and cast actors, organise the script read-throughs, record and edit them to a professional standard. If required, she will also add SFX, Foley and music, making table reads more radio-play-esque and a great promotional showcase tool for writers and their scripts, and make radio plays sound like... radio plays. A lot of work, yes (and a lot of accumulated skills that come with getting older and working hard!)

Adrienne is a member of the Writers' Guild of Great Britain (WGGB).

"A well thought out concept and you write dialogue really well." - Lauren Yeates, What Larks TV

"Re: Audio Recordings: Hearing what you have created on the Taster Trailers is really exciting."Various recordings on Spotter.world website (Ian Cox, Writer of), 2019

"Re: Audio Recordings: You've added yet another exciting dimension to this project, thank you so much. I feel this wouldn't be out of place on BBC Radio 4 in terms of its quality. I can't thank you enough."Steadman's Stronghold - Script Recording (Dave Ward, Writer), 2018

"Re: Audio Recordings: The quality of the recordings (being the voice-over, music, sound effects) are stunning... This audio pilot has done a terrific job in creating the atmosphere and the soul of Dave's fantastic work."Steadman's Stronghold - Script Recording (Remi. K. Chevalier - Writer/Director), 2018 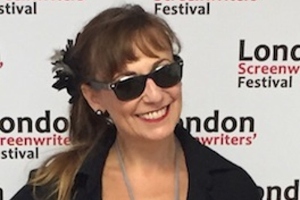 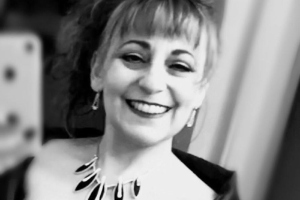 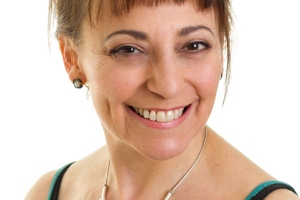 Non-comedy TV and film credits might be found here:
Adrienne Aiken on IMDb