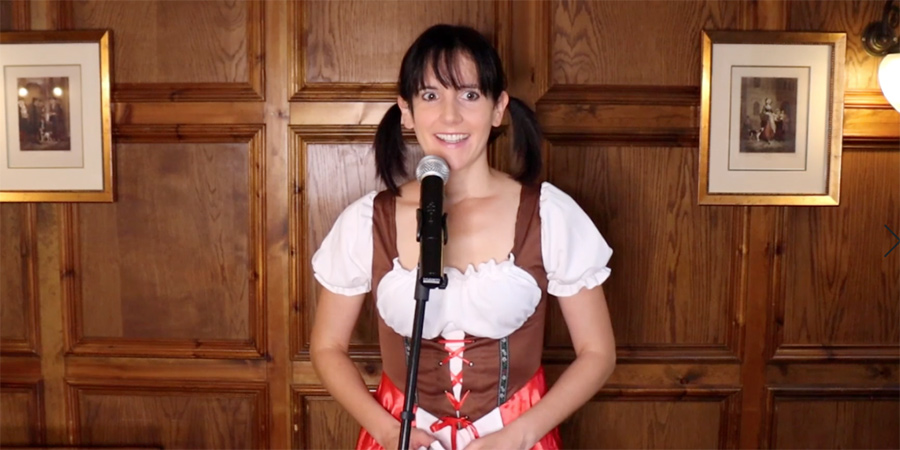 Sitcom by Alice Frick. She plays an Austrian comedian who moves to London

Austrian Lisl Frick escapes the Alps to follow a few of her favourite things: doing comedy and being openly gay. Thinking that London needs another comedian, she breaks free from her conservative parents, who want her to take over the family business and get married to her cousin Hansl and ventures to London.

Chasing her dream, wide-eyed Lisl gets distracted by flatmate Kelly, a wild American party animal, who gives her advice on the British culture, and constantly leads her in awkward predicaments. It is not long before a lovesick Hansl tracks Lisl down.

The character of Lisl Frick can be imagined as the child of Jerry Seinfeld and Ellen DeGeneres with an Arnold Schwarzenegger accent, wearing Sound Of Music costumes.