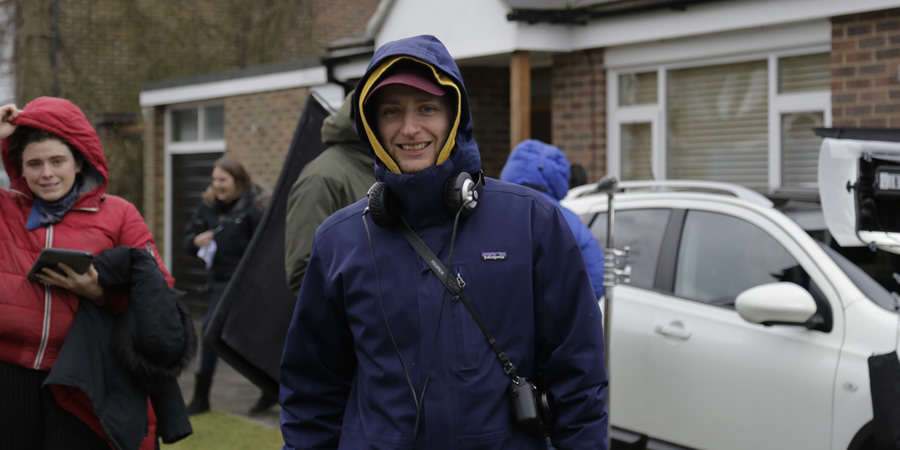 Ben Murray is the co-writer and director of Wannabe, the BBC Three sitcom about a faded popstar.

Hi Ben. How did the Wannabe project come about?

We were bouncing a few ideas around at the time and one was based on a struggling music manager stuck in the past, who sort of operates at the bottom end of the industry. Poor taste and a bit of a beg friend, Lily and I developed Maxine and the world she exists in together.

The character is largely observed, both of us having shared experiences of the media industry generally and how bleak it can be if a job that is often considered glamorous is not going to plan. That, combined with the early noughties girl-band nostalgia, felt like a solid place to explore from.

How does the writing dynamic work between you?

Lily and I have been friends for a while, but this was our first time writing together, so I think we were both a bit apprehensive at first about whether it would work. But the process was great. We have very similar sensibilities when it comes to what we find funny and, by the time we got to series, we were very comfortable expressing ideas without feeling embarrassed.

In terms of the actual work load, it is very much shared. We sit next to one another and whoever feels most strongly about a scene tends to take the lead. Sometimes one of us will have a rest whilst the other writes, but typically it is side by side and spoken out loud, to get a sense of what's funny. I'm a pretty restless person, so will end up pacing a lot more for ideas.

Steve Stamp worked as script editor, and it was very useful to have someone to bounce ideas off and also to provide great notes after the first drafts. He also co-directed the pilot with me, so was really involved in that first script that got us the series. 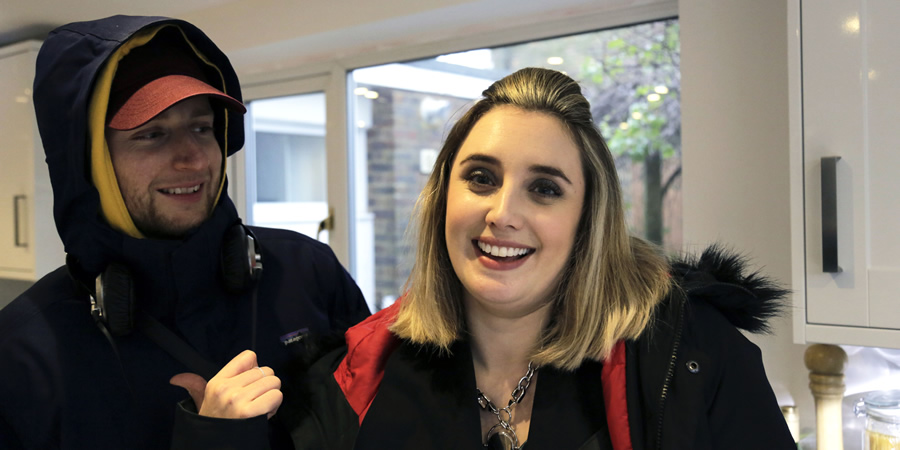 How did you get into comedy writing and directing in the first place?

I was at school with Steve and Hugo Chegwin, also of People Just Do Nothing. I was interested in directing and working with the camera, so I shot and directed all of the early PJDN stuff for YouTube before it was picked up by the BBC. But getting into comedy wasn't ever a conscious ambition, more just doing what was enjoyable at the time. Messing about with mates and the characters that became Kurupt FM was great, so I just rolled with that.

My directing developed through music videos and starting a production company (Bullion) with a group of other creatives. My directing experience has been quite broad because of this, but I definitely want to continue to develop as a comedy director.

My first real writing gig was with Steve and a show we are developing with Big Talk, called Peacock. Wannabe came after that.

I still feel quite junior in terms of writing comedy, but directing and developing ideas has fed into that ability and has really helped with structure and pacing especially.

Were you conscious of Lily's PJDN character Miche when it came to writing Wannabe; ensuring that Maxine was different?

Maxine is such a monster that it didn't really feel like a problem. She is such a bully, that she always felt miles away from Miche. 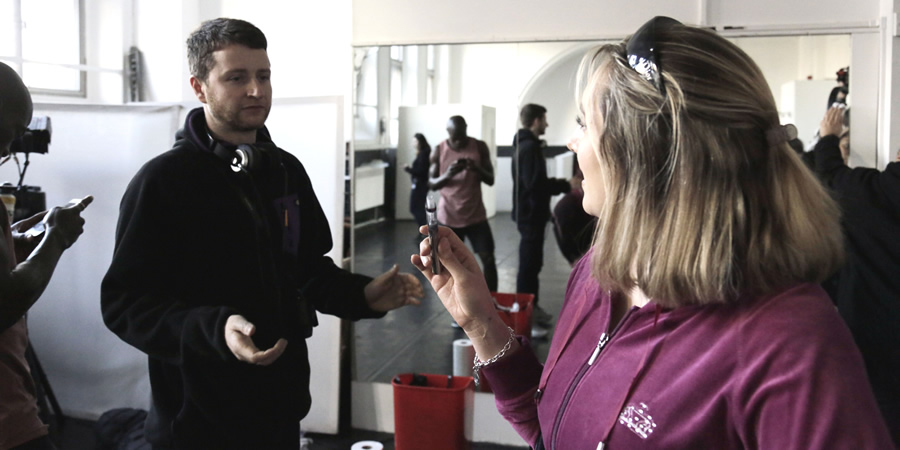 Did you do any research around the world of faded pop stars?

Yes we did. We got into watching The Big Reunion for a while. It's worth checking out. Lily became obsessed for a bit, so much of the styling choices came as a result of those shows and that era, especially with Maxine.

As you've touched on, a pilot was filmed first. What did you learn in that process?

The pilot was really hard. We only had three days to shoot it, so there was no space for error or b-roll. We would literally shoot one take per angle at times. My background as a director is in music videos, which are often led by the style and aesthetic, but shooting 22 pages in three days left very little time to bring any sort of solid style to it.

So when it came to approaching the series, I tried to integrate simple techniques which would still let us work quickly, but also allow me to put a bit of a mark on it stylistically. The title card for example, shot on a 14mm lens, is consistent throughout the show and worked effectively on our budget.

The use of music in the pub scene and the use of slow motion, were all simple techniques, that I feel really bring good energy to those moments. And I really care about the music choices through the show.

How long did it take to write the series?

Quite quickly. We started in September and had to deliver complete first drafts before Christmas, so we just smashed it out every day. I was quite intimidated initially, but it was really fun and we rarely struggled for ideas. 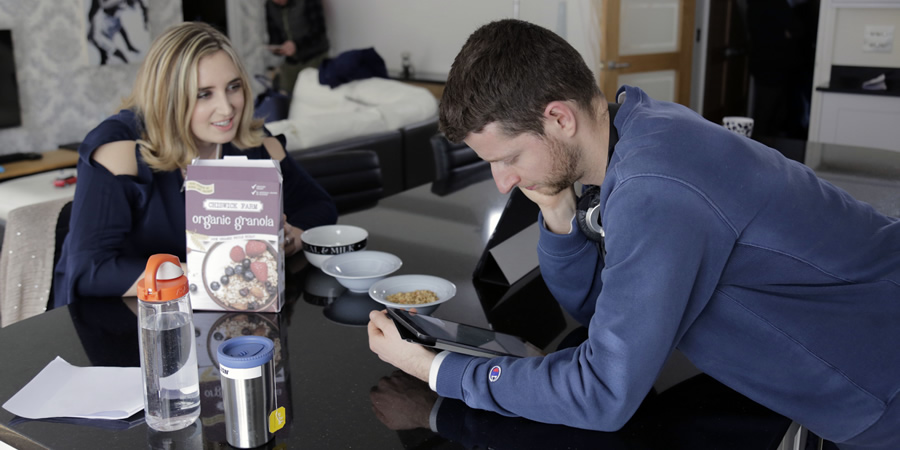 There are some dark and reflective moments in the series. Was it important to you to include some pathos?

Yeah there is, isn't there. A few people have picked up on that!

I think with Maxine, it's needed. You need to feel sorry for her, or otherwise you just end up hating her.

I think timing had a lot to do with it also. When Lily and I were writing we were both dealing with some personal dramas that I think may have accidentally made their way onto the page. I guess there was a bit of unintentional catharsis going on from both of us... It was fun to be able to repurpose painful feelings for humour. Or at least that's what I tell myself...!

Wannabe ends on a bit of a cliff-hanger. Presumably that's you looking to set things up for another series?

We have so many ideas! I really hope we get to take it further. I mean we have to find out what happens with Neil, right?!