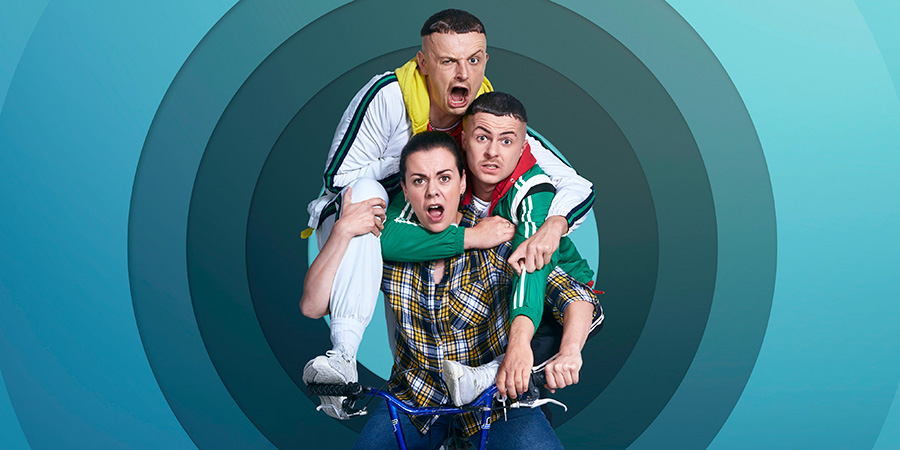 Can you remind us where we left your character at the end of Series 2 and talk us through where we find them at the start of Series 3?

Alex: At the end of Series 2 we leave Jock as a new father, and it's an exciting time for everyone. I think we don't really trust Jock to be a good father but in that moment at the end there's a bit of hope and we're all just excited to have this new little bundle of joy in the family. And also Conor gets a bit frisky in the car, so everyone is having a good time!

At the start of Series 3 then we're left with this new character of baby and all the troubles that brings the two lads, because they're obviously not used to looking after another human.

What challenges do you think Conor will face in the new series?

Alex: Jock almost has a new best friend in his baby girl Star, so I think there could be a bit of rivalry between Conor and Star for the love of Jock!

Hilary: Mairéad and Sergeant Healy (Dominic MacHale) have had our on-again/off-again romance and our fights and battles, and by the end of Series 2 we have broken up... so it feels like there's no hope for us, and also Mairéad becomes a granny! 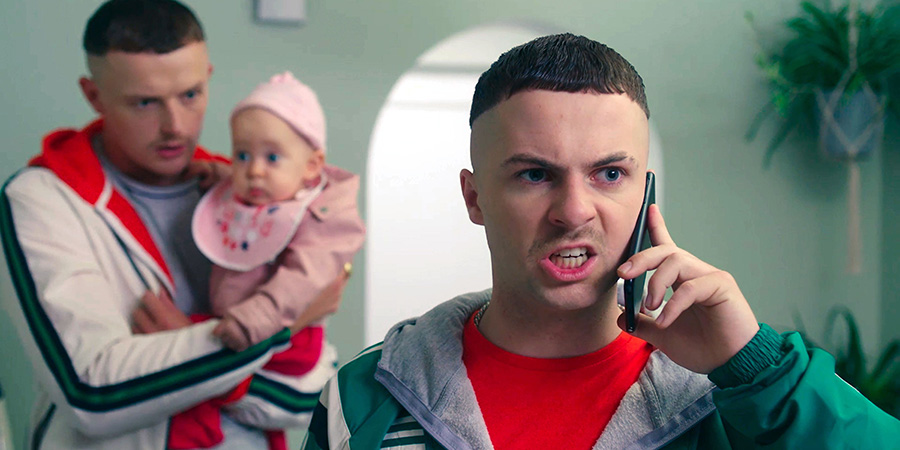 Chris: For Jock, I mean it's a very obvious one, but he's a father now and I think he's just absolutely terrified but also very, very excited. I think that's just what you see in this series is how he's coping with that and the responsibilities he now faces. Obviously the lads still end up getting themselves into terribly sticky situations, and now throw a baby into the mix and everything gets a whole lot more exciting and messy - we end up in some funny situations!

What are your biggest similarities between yourself and your character?

Alex: I can zone out sometimes and the whole world could pass me by and I might not notice anything happening! Myself and Conor have that similarity anyway as he kind of floats away in his head which I can be guilty of a bit.

Chris: That is true, I like that! I think Jock enjoys convincing people to do things and at making people think something is a great idea when it might not necessarily be so, and I feel like that's what I do a lot with people.

Hilary: For me, it could be that Mairéad wields a metaphorical sword from time to time and I think I would probably do the same. I can be tough if I need to be! 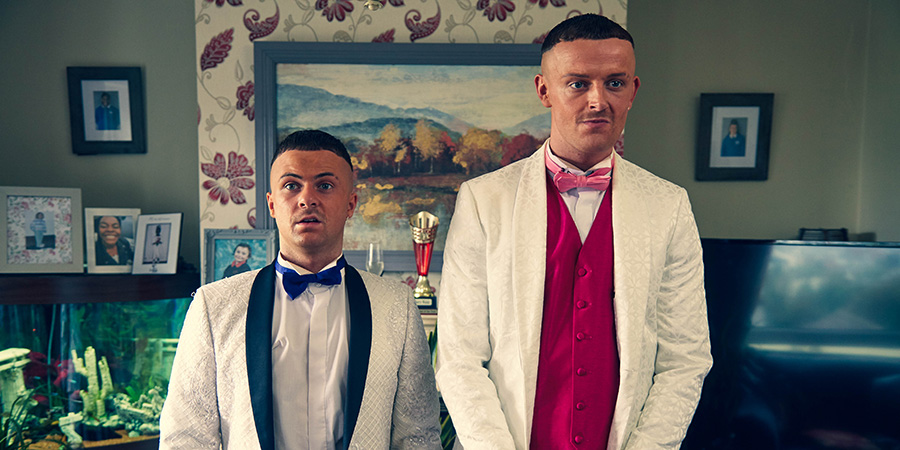 Do you have any specific rituals for getting into character on set?

Alex: A lot of it is when you leave the make-up chair and you've got your head shaved, the earring in and the tracksuit on - just a quick look in the mirror and Conor thinks he's a hard man! Once you leave your trailer in the morning, not saying it's easy, but we've been doing it for so long now it's kind of this weird alter ego that we all have and we can kind of slip into it almost.

Chris: It's getting the haircut alright - we always look forward to it. When we're rehearsing we can't wait to get because as soon as the hair comes off... once you look at yourself, feel the wind blowing through your scalp, I feel like Jock! Put on the tracksuit, his little tank top, chain - you can't help it you automatically just go into that zone.

Once you're all together as well that must make a big difference?

Hilary: Yeah, actually that's a big thing as well once we're together and on set. It always feels weirdly like home.

Chris: The rehearsals are so great for us all to have that; we always have a good few weeks of rehearsals which is lovely. 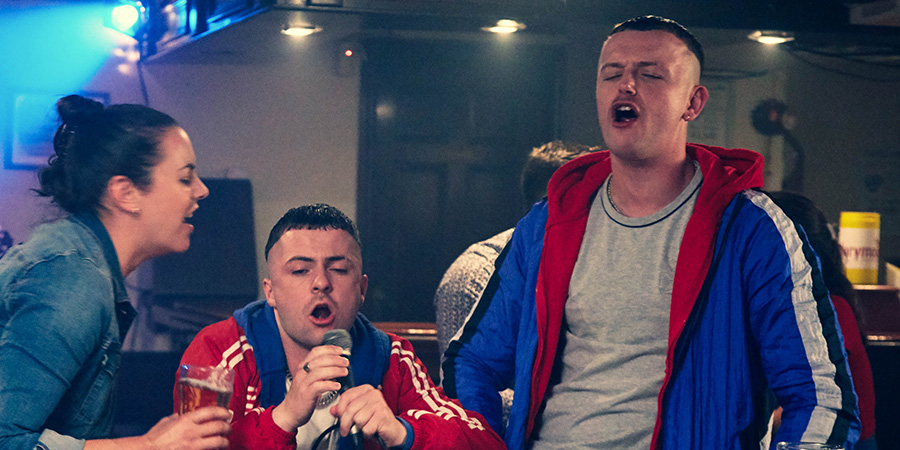 Do you have any standout memories from filming in Cork?

Alex: There's a natural buzz around the city when we're filming, which is great. The show is great for using the locals as actual characters and just picking people off the street and saying, "Do you want to be in the show?" People are so delighted!

Alex: I've got a few of my family members in it now; my dad and my brother have had a few parts and stuff.

Chris: Yeah I got my dad in it this series as well... he's filling up a car at one point! My brother is actually very disappointed that he wasn't in it so if we go again he'll have to do something.

Hilary: My niece is in it as well actually!

Why do you think Mairéad's character resonates so well with parents, Hilary?

Hilary: She's one of the first characters that I know of on screen that really shows the frustration of being a parent, and in particular a single parent. It was really nice actually, after Series 2 came out, this guy came up to me, he was a young fella, and he said, "Thank you so much. This is the first time that a family like ours has been represented on Irish TV" - meaning that him and his sister were raised by their single mum. And he was like, "Just thank you for representing that family unit slightly differently to what we had seen it. It almost felt like we were validated for the first time."

I got really emotional - you forget that it has that kind of impact. She really spoke to a lot of people... it's OK to be a mum and to adore your children but also to be really tough because she needed to be to protect them. She was playing two roles essentially in trying to keep these lads out of trouble and (in becoming) a foster mum, she bites off way more than she can chew so I think people respect her for that. 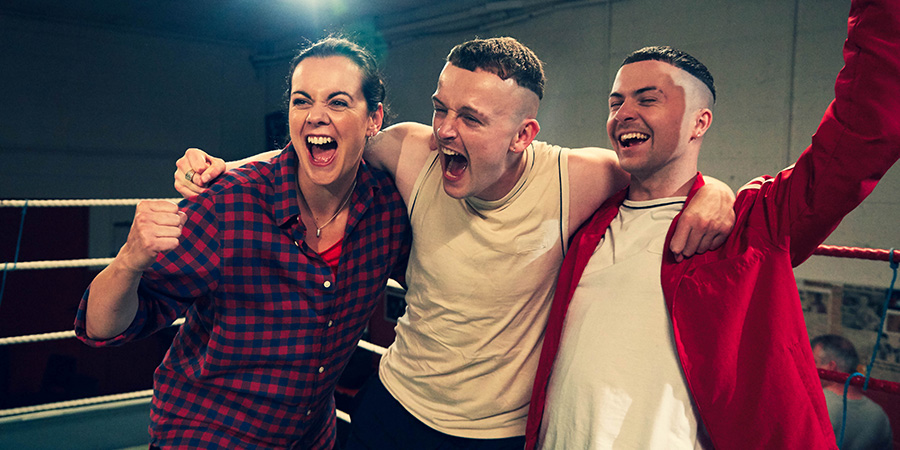 She's a really well-rounded mum character. I think it's a different mum character than you might have previously seen on TV where the mum might have stayed at home and it was almost very 'Irish mumsy', whereas she's completely different. She's out there, she'll bust a skull if she needs to and get the job done you know, so I think that's an interesting watch for people.

What do you hope Series 3 brings to audiences? Are you excited that it will be available to them during lockdown?

Chris: I think that is a really nice thing, you know? We filmed it with Series 2, so I was really not sure when I was going to come out. Hopefully, if it brings some laughs to people while they're stuck inside during this very strange and weird time, then that would be great. I think we'll look back at this year and just remember it so well - it's definitely the weirdest year of my life anyway, in terms of what's going on. So it's really nice to have something coming out at this time and I'm hoping it'll bring some sort of joy to households.

Hilary: It's really lucky that we shot Series 2 and 3 back to back. How bizarre is that? It just feels like we're really lucky and I know that obviously a lot of broadcasters are struggling for content and so we're lucky that our content was there and available!