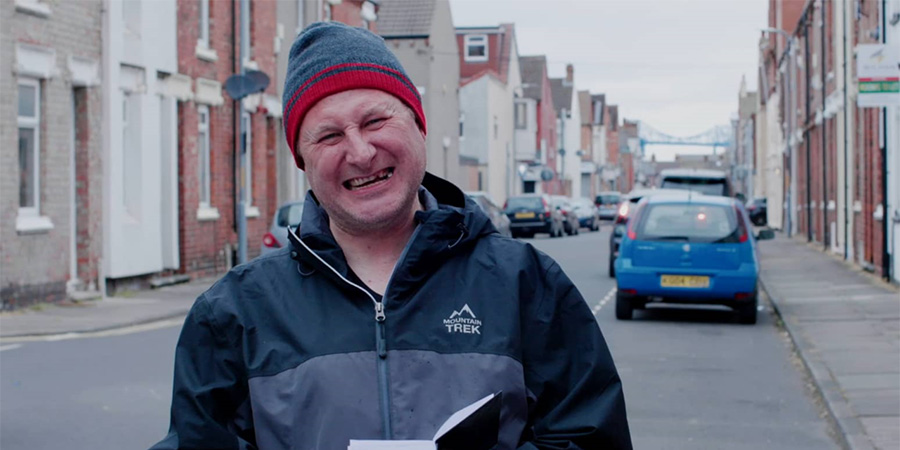 Six short comedies made by the filmmaking community in Teesside

These microshorts showcase the talented filmmaking community in Teesside, and the brilliant, surreal, and unexpected comedy which defines the Tees Valley region.

The sketches were shot with predominantly Tees Valley cast and crew, with budgets of £1000 per film.

The first in a series of gritty, poignant, and inspiring interviews, Humans Of Middleborough introduces us to Britain's Hardest Poet, and a man who gave one of his legs to Middlesbrough Borough Council, for reasons he can't make 100% clear. This microshort was created by James Harris, who went on to gain a Channel 4 commission off the back of his microshort debut.

Public Appeal stars YouTube sensation Demi Donnelly, who was recently nominated for Best Newcomer at the Cosmopolitan Influencer Awards 2020, and is about a content creator who needs to keep generating those likes, subs and views - what better way to boost your profile than by using the disappearance of a family member as your platform?

Set in a salon, 50 Shades shows what happens when Jane only comes in for a trim, but Cheryl has bigger plans.

Mainsplain is a musical about the perils of mansplaining, produced by the same team who went on to create a viral hit for Channel 4: If Boobs Were Like Balls.

Dean showcases the incomparable talent of Dean Moore, who claims to see the world a little differently from most.

DCSS, starring Hal Branson, who also gained a Channel 4 commission after the microshorts, asks the question 'Are you Working Class and proud of it, or do you secretly want to be Upper Class?', with the DCSS helping the people of Tees Valley find their social standing.

Both Dean and DCSS were produced by Jeff Lee, who sadly passed away in 2020. Tees Valley Screen say they "feel lucky to have had the opportunity to work with Jeff - his kindness, patience and warmth were felt by all".

Alison Gwynn, acting managing director of Northern Film + Media, said: "We're so happy that the microshorts are going to be launched for the world to see. They really are a testament to the brilliantly unique comedic talent which exists in the Tees Valley region. We're also very proud that our Tees Valley Screen was able to nurture this talent so well, and partner with an organisation like BFI Network, all within the first year of the project".

Roxy McKenna, BFI Network Talent Executive, Film Hub North, adds: "We were really excited to partner with Tees Valley Screen and Northern Film + Media on the development of these microshorts. The films produced really showcase the wealth of talent that exists in the Tees Valley and we are looking forward to seeing them reach new audiences online."