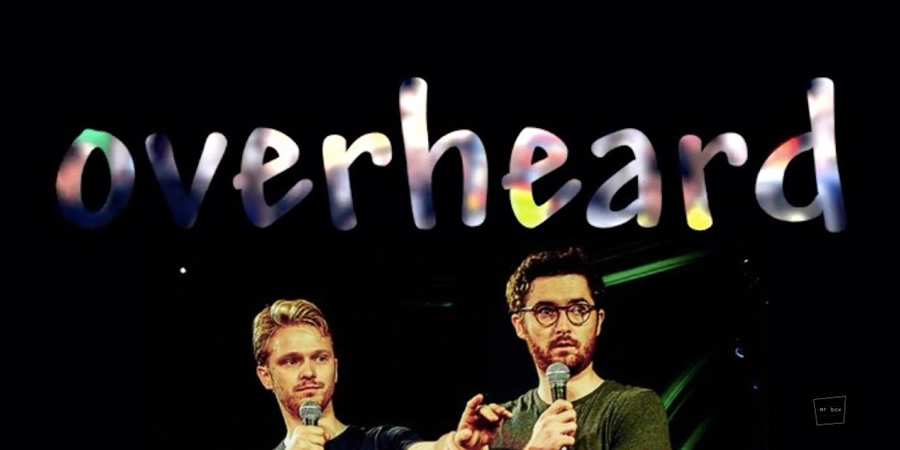 Comedy duo The Pin voice over footage filmed in the streets

Ben Ashenden and Alexander Owen have filmed in the streets around London and then given the footage their own voice over.

They explain that Overheard is "a comedy show with a genuinely original twist - we've covertly filmed members of the public having conversations, then recorded our own dialogue to replace theirs. The result is a unique hybrid of a hidden camera format and a sketch show, as seemingly mundane situations are given a surreal slant, and regular people are re-imagined as bizarre characters. Presented as a stream of snippets of ordinary city life, this show packs all the strangest things you've ever overheard whilst wandering around into four five minute episodes."