Netflix has published details of its end-of-year review from Charlie Brooker.

Mockumentary Death To 2020 is described as "the cathartic comedy event you'll never forget about the year you really, really don't want to remember". It will be published by the streaming platform this Sunday, 27th December.

The format appears to be an evolution of his previously regular BBC Two specials Charlie Brooker's Year Wipe, with an international audience now in mind.

Co-director Al Campbell, however, will not appear. He is known to BBC viewers as fellow talking head Barry Shitpeas. Instead, as previously reported, the programme will feature a string of A-list Hollywood names alongside British stars such as Samson Kayo.

In another divergence from the Wipe format, Brooker himself will not appear. The special is narrated by Laurence Fishburne.

Those confirmed to appear on screen include Hugh Grant playing a history professor; Lisa Kudrow as a "non-official" White House spokesperson; Tracey Ullman as Her Majesty The Queen; and Samuel L. Jackson as a New York newspaper journalist. 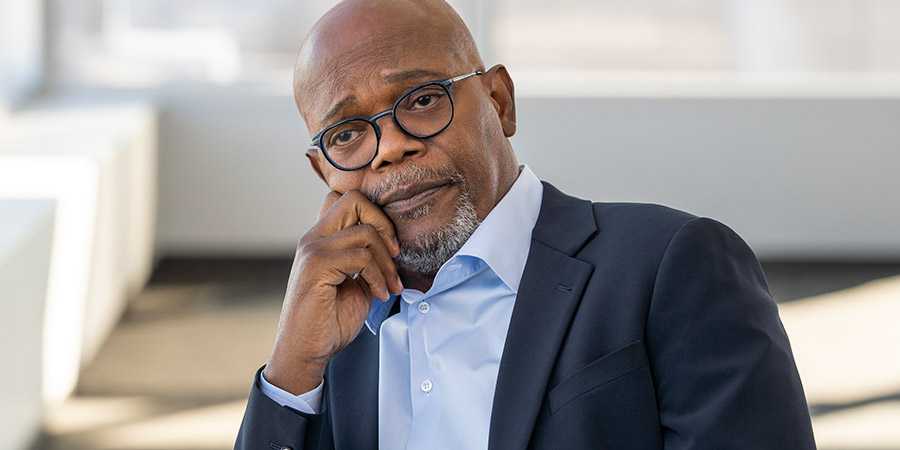 Brooker explains: "Those who only know me through Black Mirror may not realise that when not writing speculative sci-fi about people frowning at smartphones, I've spent years making comedy shows in the UK - including many topical comedy specials. So to me, Death To 2020 feels like the collision of several different strands. (Do strands 'collide'? No. Apologies.) But the approach for this is quite different to most of the topical comedy I've done in the past. For one thing I'm not on screen presenting it - a relief for anyone watching in 4K - and it's more character-based. In the loneliest year on record, I got to work (remotely) with writers and team members from my previous comedies, as well as many sickeningly talented people who were new to me.

"Death To 2020 features fictional characters discussing real events in a bombastic mockumentary, but quite a bit sillier than that makes it sound. It felt like an apt format for Netflix, which is known for high-end documentaries, but also like a good opportunity to create a different kind of comedy special that deals with the year head-on while also showcasing some brilliant performers. I don't love the word 'satire' but there's some of that here, alongside some angry jokes, and some goofy jokes. And hopefully viewers will find at least one joke to their liking - because let's face it, in 2020, any laugh you can emit, no matter how fleeting, is a small but precious victory."

Executive produced by Brooker and co-creator Annabel Jones through their own company, Broke & Bones, the programme has been directed by Campbell and Alice Mathias, and will also star Kumail Nanjiani, Leslie Jones, Cristin Milioti and Joe Keery.

Jones adds: "This highly unusual year has been dominated by huge global stories affecting everyone's lives. These form the structure of the show and we have added a few surprises along the way."

Below is the trailer:

The programme will be available from Sunday on Netflix