Comedy Central UK has revealed the host and a ten-strong line-up of up-and-coming comedians who will star in Comedy Central At The Edinburgh Fringe, its new digital series organised in association with the Edinburgh Festival Fringe Society.

Jamali Maddix will host the ten-part series, in which the selected comedians will perform stand-up sets in front of a virtual audience.

The series will be published through Comedy Central's Facebook, YouTube and Instagram channels on weeknights starting on 17th August, with a special highlights episode airing on the broadcaster's main TV channel on 28th August. 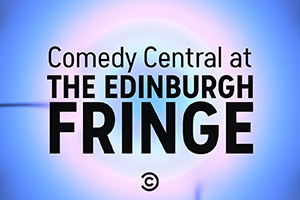 Comedy Central At The Edinburgh Fringe