The Machynlleth Festival is set to be resurrected online ... as one of Mark Watson's 24-hour shows.

Planning has begun to stage a marathon virtual gig from Friday 1st May at 9pm till 9pm the following day, coinciding with the weekend that the Welsh comedy festival was due to take place before its cancellation because of the coronavirus pandemic.

"I've been talking to [Machynlleth organiser] Henry [Widdicombe] about referencing it in some way, to have a comedy festival in 24 hours" Watson told British Comedy Guide.

"It's obviously not as much fun as everyone getting on the train to Wales. But at least it might, in some ways, cheer us up. Because Mach is not just a fun comedy festival, it's like a package holiday weekend for most of the comedy community. It feels like something ought to replace that."

The show will be live streamed on Twitch and YouTube and staged as a benefit for comedians who are struggling financially whilst live comedy is on hiatus. Watson is appealing for performers who wish to get involved, "for a five, ten minute contribution or a bigger idea", to contact him directly on Twitter.

"Hopefully the audience will be able to interact with it quite easily" explains the 40-year-old comedian. He first presented a 24-hour show at the 2004 Edinburgh Fringe with the help of fellow comics, and since then, has staged several more endurance performances - including a 36-hour show in 2006, and most recently a 26.2 hour effort in February 2019 to coincide with the London Marathon. 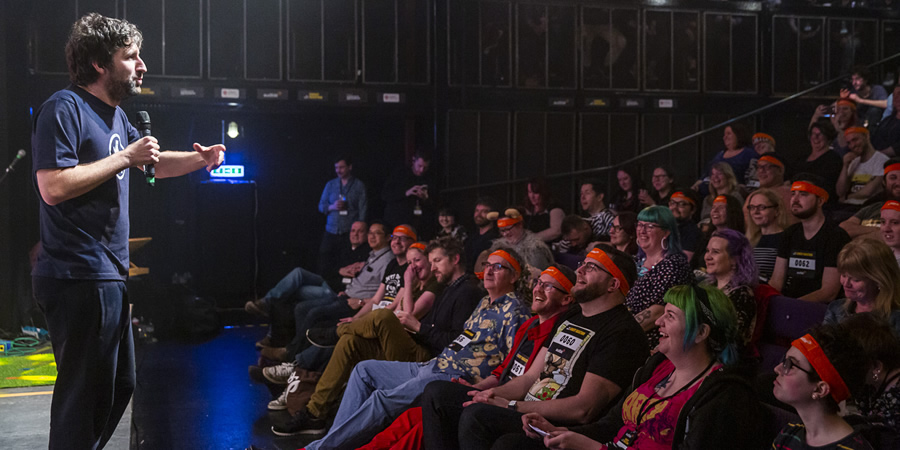 "Obviously, the big thing about the long shows is that it's a massive task of collaboration" he adds. "Not just the acts but the audience following it who power the show. We have to somehow replicate that. It will be a weird exercise and I don't think all of it will work. But it's been like that with all of the long shows."

Waggishly, Watson also suggests that he'll be able to book the cream of the UK's comedy talent.

"Unlike the normal 24-hour shows, almost everyone is technically available" he laughs. "Unless they have the virus, they can't claim to have anything else in the diary. I can legitimately ask anyone. And in order to say no, they must admit they just don't want to. Which is fair enough. But I'm making it a lot more difficult for them."

Choosing who benefits from donations has been "tricky". He appreciates that many of his fellow comics, comedy clubs and the entire live entertainment sector are economically imperilled by the crisis. But he acknowledges the acute needs of workers in the health service too.

"Loads of people within the industry really need support. But there are so many other causes" he reflects. "It feels frivolous in a way but it would be weird not to support our peers. It looks like we're going to split the money between several existing charities, charities that have been really run down by these events. 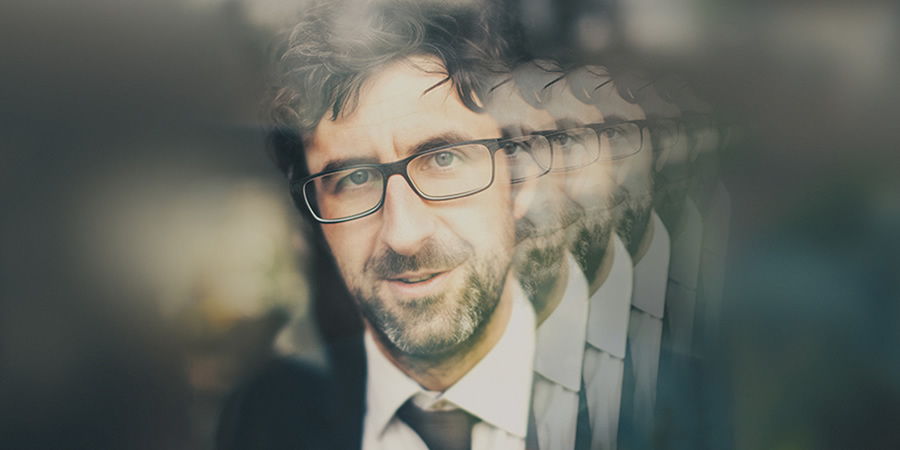 "It's been messy. It's very hard to say who deserves it and there's been a lot of debate already. It's not easy to fundraise when you're doing so for a whole business that's been temporarily suspended."

Delivering pre-recorded sets is "weird, knowing that you are a day away from it actually reaching an audience". So he's found it easier performing live. "Even though you don't have people in the room with you and you're not getting any instant feedback, at least you know people are out there and sharing some sort of mental space with you."

Also challenging, has been choosing the right tone for his humour.

"I've been tweeting quite prolifically, not really as a deliberate strategic response, more because I'm always online now" he admits. "It's interesting. Like most comedians, I'm getting far more reaction on social media than I would have done before the plague. Just because so many people are living minute-to-minute online.

"That is nice in some ways of course. But it does make you aware how easy it is to misjudge the tone. I put a tweet out last night, pre-emptively saying that I hope that nothing sounds too frivolous as it had just been announced that Boris Johnson had gone into intensive care.

"Especially if you've been isolated, it's incredibly hard to reconcile the peace, quiet and stillness, the limbo of everything, with this idea that hundreds of people are dying every day. For a comedian that's dangerous because it's easy to crack a lot of jokes about the minor inconveniences of being at home, until you remember that front line horror stories are happening around the clock. It's hard to know whether to refer to it in everything. Or go into a sort of denial and talk about anything else." Ultimately, he believes that "you've got to blend both approaches".

With his latest novel, Contacts, still set to be published in September at the time of writing and a deal to write another book, Watson is contemplating starting his next tome early, juggling an uncertain work-load with being a father of two. Nevertheless, he's already thinking about his return to live gigging.

"When things hopefully go back to normal, it's going to be tricky to know whether you can present a show without any reference to coronavirus" he muses. "Or whether everything is going to be shaped by it. We don't know what the country is going to feel like in six months. Creating is going to feel odd, not least as stand-up is so much about the here and now. Everything will be overshadowed by this for a while." 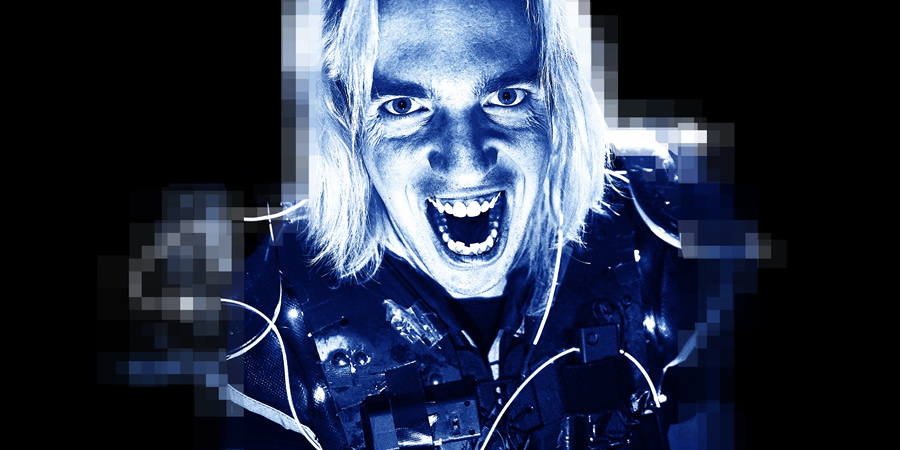 Meanwhile, John Robertson is also hosting a marathon show, a 48-hour version of his interactive videogame comedy The Dark Room.

The UK-based Australian comedian will be performing the show, which parodies text-based adventure games from the 1980s, on Twitch from 7pm this Friday.

He has been performing his cult show for eight years, setting impossibly tough challenges for audience members charged with escaping from a dark room without succumbing to any of its countless ways of meeting a gruesome death.

The event will be hosted on twitch.tv/Robbotron with everyone invited to participate. Donations are going to NHS Charities Together and the mental health charity Mind.