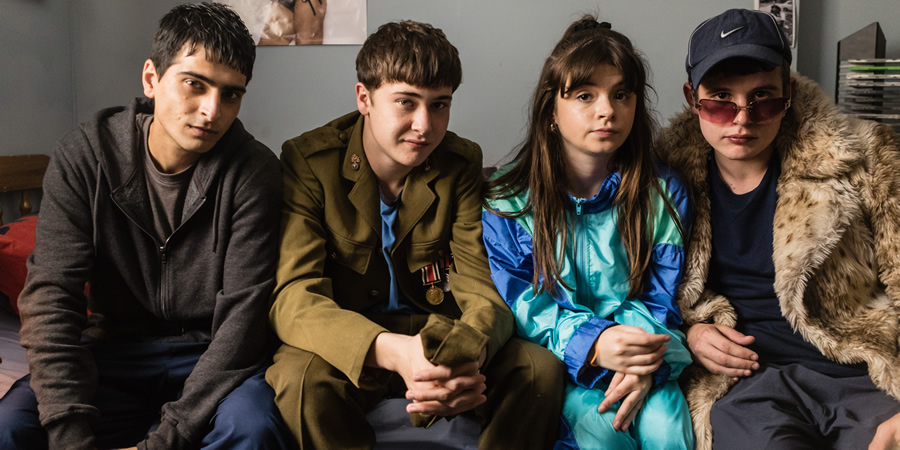 Liam is inspired by an old homemade hip-hop track he made with his teenage mates.
Preview clip

Liam is back at his parents' house in Leeds. Having told Jess he'll spend the day preparing to perform at a local spoken word night, instead he's procrastinating and playing old video games. But when he turns on his childhood computer and stumbles on an old homemade hip-hop track, it triggers a memory.

Leeds, early noughties. Inspired by the new wave of 'bedroom musicians' breaking into the charts, Liam tries to convince his best mates Addy, Craggy and Ralph to make a hip-hop track with him. But when they don't take "the art" seriously, Liam struggles to keep a lid on it.

First time you made music

A painfully accurate depiction of the first time you ever dropped a beat.