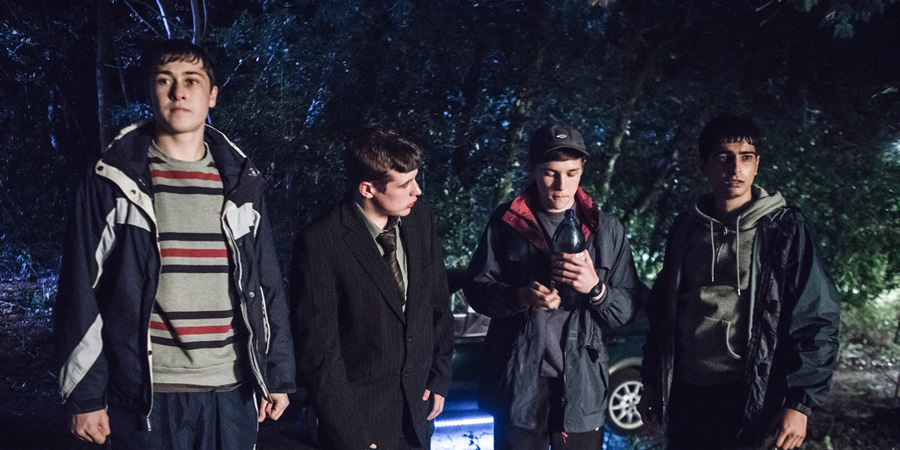 Liam attempts a sober Friday night, leading him to reflect on his relationship with booze.
Preview clip

Having previously embarrassing himself in a bar, Liam announces to his girlfriend, Jess, that he's taking a month off the booze. As he tries to make it through his first sober Friday night in years, he thinks back to where and when his relationship with drinking began.

Leeds, early noughties. It's Friday night and Liam, Ralph, Addy and Craggy are determined to get pissed for the first time. The only problem is, they're underage. Trying every trick in the book to get served they find unlikely heroes, in local bullies, Rupert and Tinhead, who agree to buy their booze. But when Rupert invites them to the woods for a drinking session, things get messy.

The first time you try to buy alcohol

Buying alcohol for the first time was always precarious...