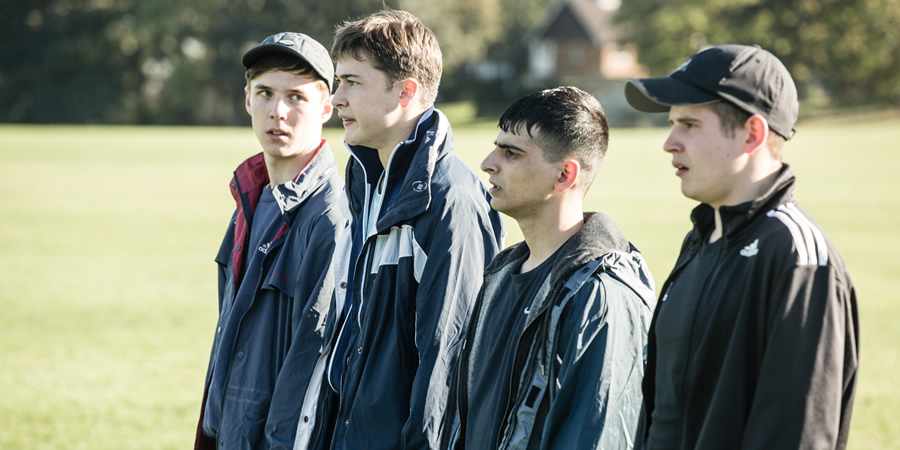 Liam starts a fight in a bar and questions where his aggressive behaviour stems from.
Preview clip

Liam has instigated yet another confrontation with a stranger in a bar, for the crime of having a conversation with his girlfriend, Jess. Before the altercation reaches fever-pitch, Liam delves into the memories of his adolescence and questions where this toxic behaviour stems from.

Leeds, early noughties. On the last day of the school year one of Liam's best mates, Ralph, sees Rachel flirting with Whitey, the hardest lad in school. Ralph threatens (under his breath) to "smack him". Word of the threat gets back to Whitey's friends, Rupert & Tinhead, who organise a fight between Ralph and Whitey for the following Friday.

Ralph can't win and he knows it. In a panic, he considers staying home all summer. But Rupert and Tinhead tell Liam that if Ralph doesn't show they'll hunt Liam down and batter him instead.

Back in the present day, Liam crosses the bar, towards the man he's been arguing with.

Breaking Down Your Group Of Friends

Liam Williams looks back to his school days and where his group of friends sat in the pecking order.