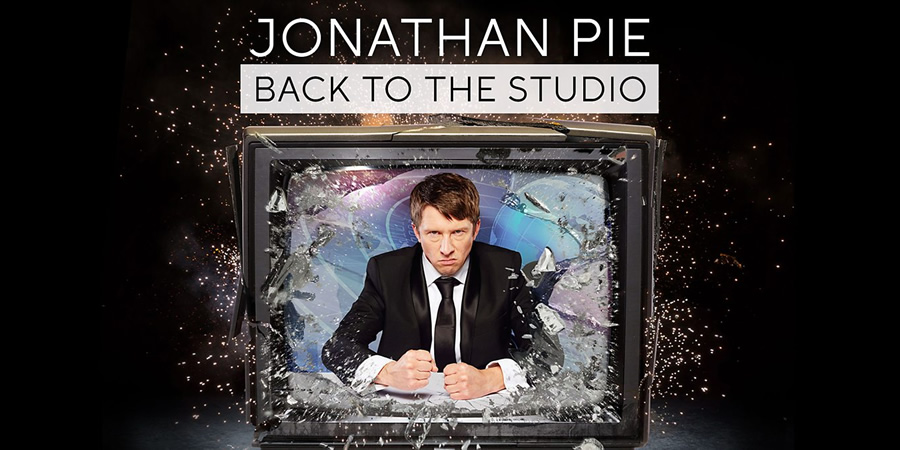 Jonathan Pie: Back To The Studio

Jonathan Pie, the irate news reporter comes to the Hammersmith Apollo for a night of blistering political stand-up.

Jonathan Pie is the comedy sensation who satirises the world of politics and the media. A frustrated news journalist best known for venting his spleen in unguarded "off-camera" rants which have garnered him millions of fans worldwide, this satirical character's second live show sees him attacking both sides of the political divide. From the Tories and Trump on the right to the permanently offended PC brigade on the left.

Pie's career is in the doldrums. He's fed-up of being "stuck on street corners with a microphone like some sort of News hooker!" But he believes he is destined for greatness and is attempting to get his new TV show, The Jonathan Pie Political Roadshow, commissioned by the BBC by filming a 'non-to-air" pilot. Pie attempts to host a night of serious political discussions about the effects of Tory cuts and Trump's demented tweets but it soon descends into chaos when Pie inadvertently offends a member of the public.

As his frustrations boil over we are treated to a public meltdown (and twitterstorm) unlike anything you've ever seen. As his career falls apart before his eyes, he betrays his leftie credentials and starts having a go at his own side: the "Loony Left" and their obsession with taking offence and their chronic inability to debate.

Expect laughs and gasps in this show of biting satire that tears apart the world of politics and the media, from left to right and everything in between. Along the way Pie rips into our obsession with social media, our reluctance to engage with our political opponents and Donald Trump's appalling spelling. The show is as hilarious as it is thought-provoking.