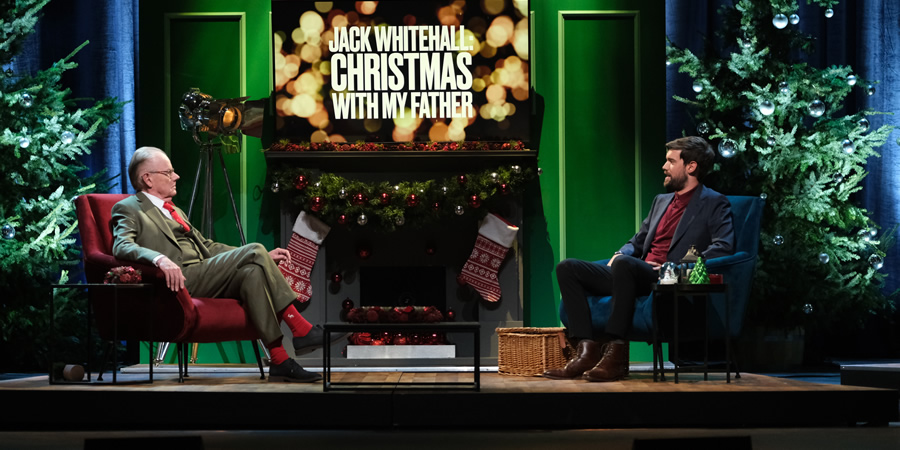 Jack Whitehall: Christmas With My Father

Jack Whitehall attempts to get his notoriously stodgy father into the holiday spirit in this comedy-variety Christmas extravaganza. Filmed at the London Palladium, this one-off special features celebrity guests and a musical performance.

After 3 hugely successful series of Travels With My Father, Jack has invited us all to catch a glimpse into what Christmas with his Father is really like.

Jack and Michael are joined by amazing guest stars in this Christmas special filmed at The Palladium in London. Hugh Bonneville drops by to discuss what makes the perfect Christmas. Jack enlists the help of Jonathan Van Ness, Antoni Porowski and Tan France (from Queer Eye) to revamp Michael's wardrobe and help the two bond over cooking a Christmas meal. And Jack also calls upon the skills of West End legends Andrew Lloyd Webber and Sir Tim Rice to stage a Christmas nativity extravaganza like nothing you've ever seen before.