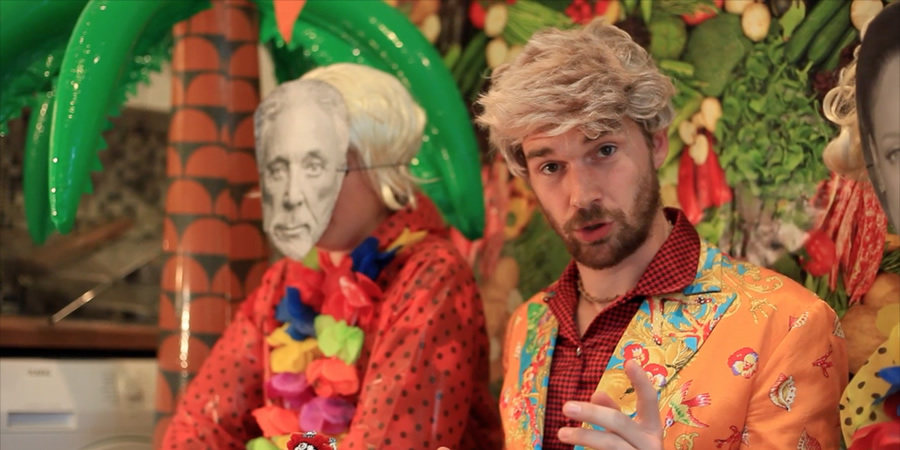 Join your host Henry Cafe for It's Gameshow Time!, the programme where celebrities (played by actors) compete to end world poverty and injustice.

It's Gameshow Time! is an online version of the London-based comedy night of the same name, where members of the public compete in challenges to win prizes. Previous prizes include a stay in an Airbnb, a nasal hair trimmer and a Gary Lineker bloopers DVD.