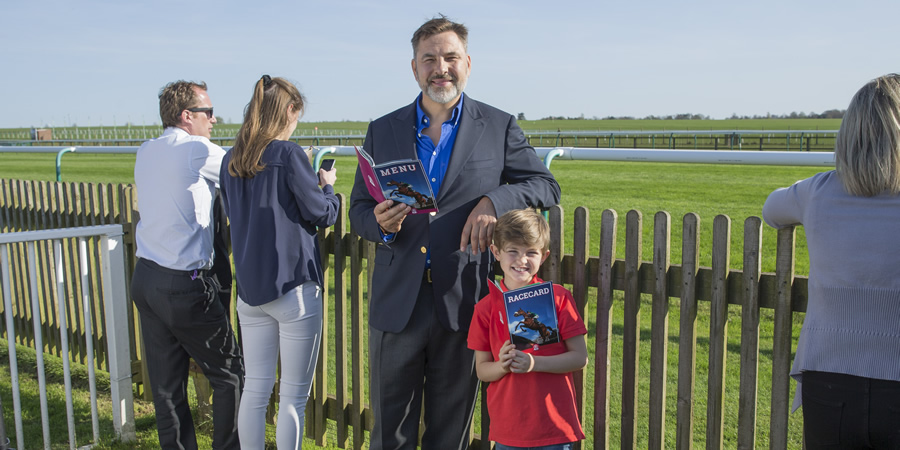 David Walliams and his son (played by Billy Jenkins from The Crown) enjoy a father son day out at the races. Having found a champion jockey and checked out the horses in the parade, the pair head to the track to try to watch the race, only for things to turn farcical as David inadvertently misses the race.

The series was filmed to promote the Under 18's Race Free campaign. David Walliams says: "I think this is a great campaign. So often events for kids can result in some very expensive days out, especially if you have a big family. I think this is a really fun day out, and something a bit different. It was great being so close to the action in this episode."

Billy Jenkins comments: "Filming with David was fun, although he kept forgetting his lines! Only kidding! We had a great day at the races, I even learnt to ride on a mechanical horse which was fun. Seeing how fast the horses go next to the race track was amazing."

Go to under18sracefree.com to find your local family raceday.