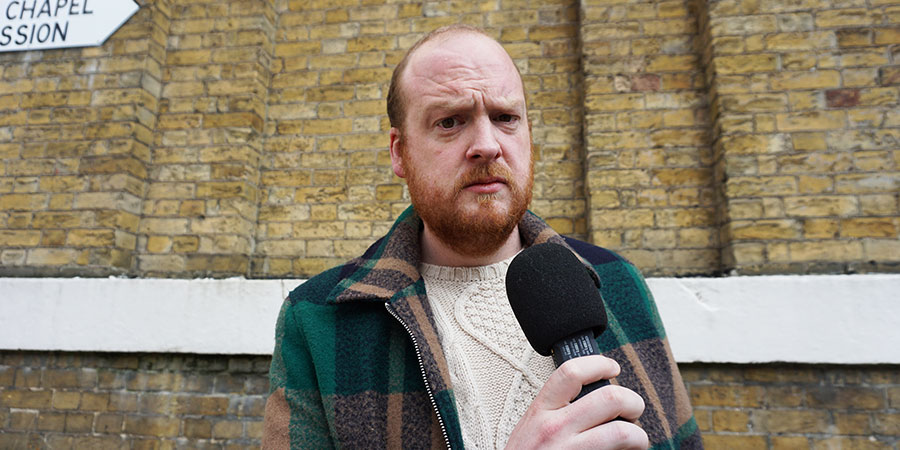 A documentary-style monologue show devoid of any useful content

Web series in which the character Enrique Gibbon presents factual monologues to camera devoid of any useful content.

Welcome to the world of Enrique Gibbon, a permanently baffled everyman, a self confessed carpenter of words, the thinking man's Dominic Littlewood, and with such astute observations, he's often been described by as "the Michael McIntyre of comedy".

Do Amazonians like fry ups? What do birds do when they go on holiday? What happened to David Grey? These are just some of the inane issues he grapples with in his pointless videos, pointless because he rarely reaches any resolutions. But it's all about the journeys - which are also pointless. But diverting. And free to watch. So why not dip in? There's plenty of time to kill between now and the grave. Bye.

Enrique Gibbon - Out My Window