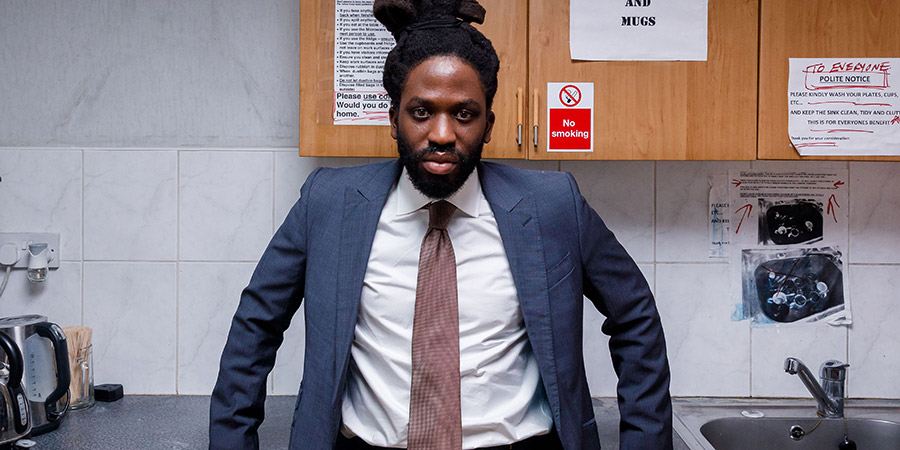 As BBC Three prepares to move back to television (where it belongs) in January 2022, the latest series of Comedy Slice showcase pilots have begun popping up in the hope of finding the next big thing. Well, it seems that they may just have found it, with Adjani Salmon's brand new pilot - Dreaming Whilst Black.

The driving force of the pilot is two-fold: firstly it's about the struggles of Kwabena, a young black guy with big dreams of making it in a very elite industry: he wants to be a filmmaker, he has a script all worked out and he can see himself as a star, but as he frustratedly explains to his old friend, Amy (Dani Moseley) who herself is now working in the media as an executive assistant (which she confides still amounts to being a glorified tea lady):

It's a catch-22 situation underpinned by the fact that Dreaming Whilst Black itself started out life as a self-produced web series. 2018's nine-part, tightly-budgeted series (which roughly followed the story of this pilot and beyond) gained popularity and caught the attention of BBC Three bosses. Adjani explained:

"When you start applying for funding and trying to get into certain spaces, even the knowing of opportunities depends on who you know. I didn't know anybody, I didn't have any access, which is partly why we released it on YouTube, because we didn't know nobody."

Just how hard it is for a regular person with no previous experience to make their way into the TV/film industry drives the show; but the second, and perhaps more crucial aspect of this comedy is the barrage of racism, unconscious or otherwise, that Kwabs faces every day. 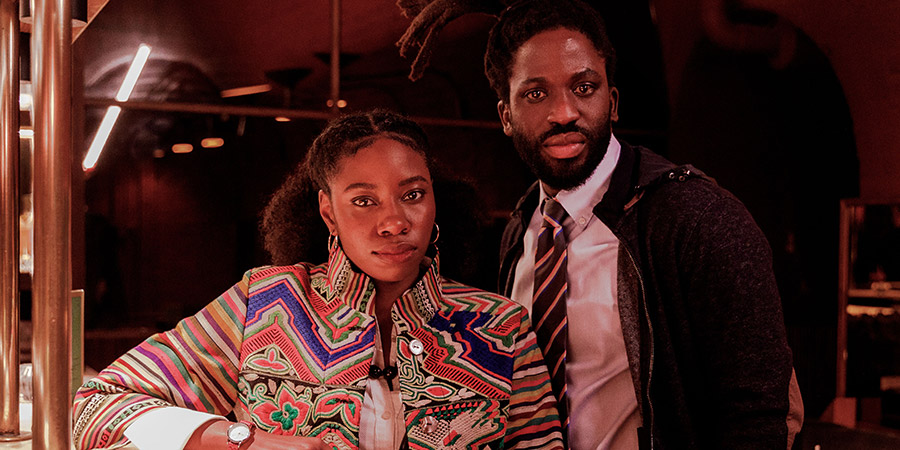 'Are you paying together?', a white barman asks of him and another black guy who just happens to be across the other side of the bar. 'No, we're just black,' he replies. It presents as a funny beat. Dreaming Whilst Black is not contentious in its portrayal of clumsy, day to day racially discriminatory behaviour - it's just factual.

Adjani told The Metro this week: "It's weird because I didn't initially think to myself, 'I'm going to make a show about race. When I'm in Jamaica, race is not really a thing. It's like, yeah, we're black, but we're all black. So even when we talk about police brutality, the language is not about race because it's black police. So, coming to England and being "othered" is an interesting experience - being "othered" as an adult. My cousins who grew up here, they grew up in it so for me it was like, what is this?"

Yet perhaps most poignant are scenes where we see a far more assertive and confident Kwabena, yet it turns out to be a fantasy and we are soon transported back to his grey office or a lonely bus ride. A tragic, but sadly all too relatable scenario, no matter the colour of your skin.

Adjani Salmon's Kwabs makes for an instantly endearing protagonist whose struggles will resonate with many. We watch him awkwardly trip over a pram in the doorway of his room, apparently overstaying the welcome once afforded to him by his best friend and flatmate, Maurice (Demmy Ladipo) who is just starting a family of his own.

With Kwabs's days of perpetual student living nearing an end, a rocky and uncertain future seems to be stretched out in front of him. It's heart-breaking to watch his big opportunity slip away as he's forced to prioritise his dead-end job over his dreams. In his uninspiring recruitment position, Kwabena must tolerate his largely ignorant, awkward and sometimes outright bigoted co-workers, and this paves the way for some classic cringe humour. With echoes of Ricky Gervais/Peep Show-style comedy, it's toe curling to watch as Kwabs's co-worker, Adam (Alexander Owen) innocently ambles over to ask him about what films he should watch on a first date with his potential girlfriend. It is only after he performs a bad cod-Jamaican accent that Kwabena gathers he wants "black film suggestions". 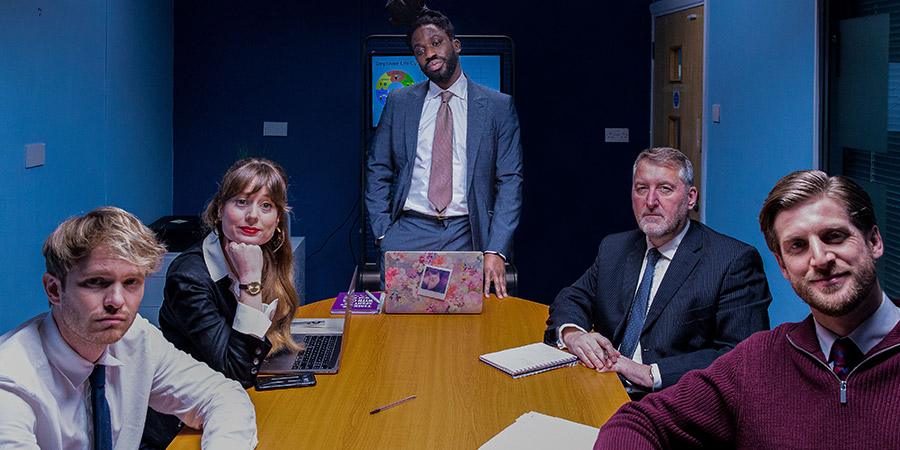 Adjani drew on his own experiences when drafting the script, which he co-wrote with Ali Hughes. He explains:

"There are many [media] companies that have one or two black people in that space, and I have been that person. So, I was like, we can't just have [Kwabena] there and not talk about that, it was just a perfect opportunity to show some observations, to have fun and to make fun. Just to show how for black people, this is messed up, but it's also funny depending how you swing it. It's really just to show everyday life and I see for a lot of black people, microaggressions unfortunately are a part of everyday life."

The pilot ends on something of a cliffhanger, preluding the series that surely must follow, and in the space of 25 short minutes the comedy manages to give us a concise peek into Kwabena's predicament. For this man, as for many others, a more confident and fulfilling lifestyle is just a dream away.

It's now up to BBC Three to decide whether to give Dreaming Whilst Black the commission it fully deserves.