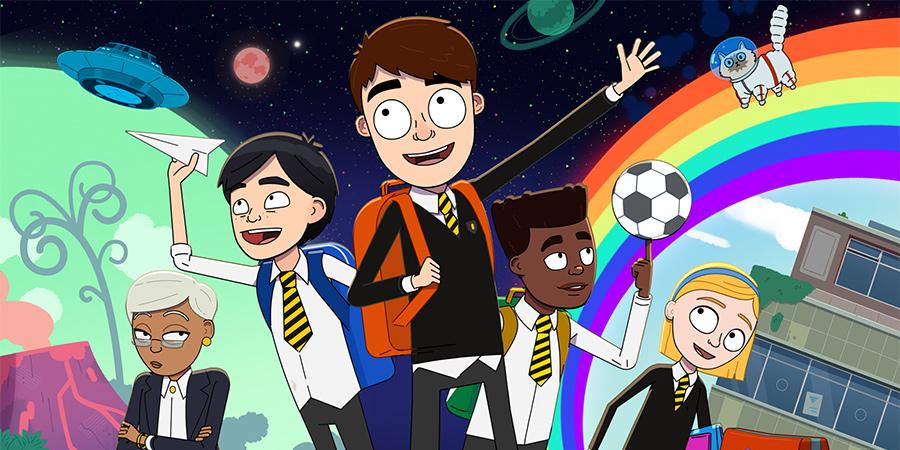 An animated comedy about an 11 year-old school boy

This animated series follows Joe as he navigates the dramas and pitfalls of his first year at secondary school.

With new situations and embarrassments around every corner, small events mean big drama for Joe, as he tries to fit in, make new friends, girlfriends and even loses his school trousers. But Joe has best friends Frisbo, Pete and Lily at his side, helping him realise that each challenge is really not the end of the world as he triumphs over adversity and survives another school day.

The series is based on multi-award-winning film and YouTube hit Not The End Of The World, by British creator and series director Jack Bennett, which he made while still in his final year at university where he was discovered by producers Wildseed Studios.