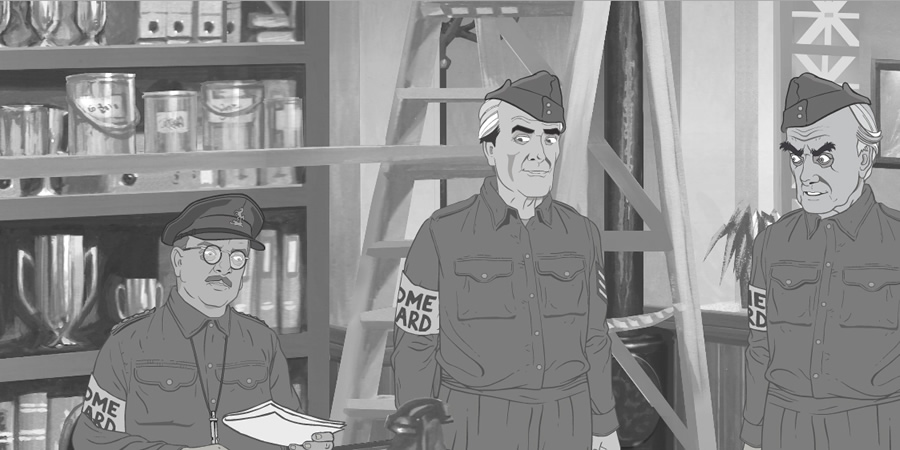 Dad's Army: A Stripe For Frazer

An animated version of a lost Dad's Army episode

An animated version of Series 2, Episode 5 of Dad's Army. The original TV recording has been lost, however thanks to BBC West Midlands DJ Ed Doolan, who recorded thousands of programmes from his TV set in the 60s and 70s, this flash animation was made by BBC Store using the original soundtrack.

The episode sees Captain Mainwaring makes Frazer a Lance Corporal but soon regrets doing so. Newly promoted Frazer vies with Lance Corporal Jones for Mainwaring's favour and resorts to issuing a series of increasingly bizarre charge sheets, much to the consternation of Mainwaring and other members of the Platoon.