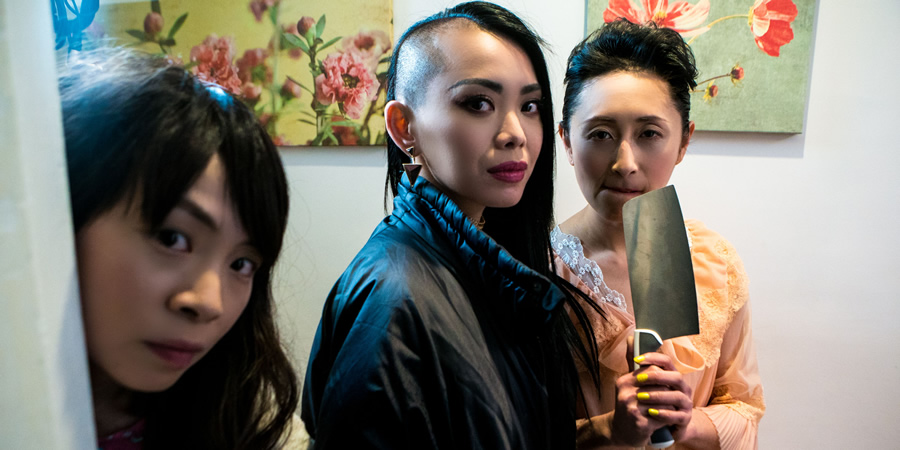 Chinese Burn smashes all the stereotypes and with a round-house kick, busts opens the door to the messy, hilarious, unbridled reality putting an eastern twist on the western world.

This brand new BBC Three sitcom follows the escapades of three 'normal' Chinese girls - Elizabeth the failed Chinese daughter, Jackie the feisty struggling actress and Fufu the Buddhist princess, fresh off the plane - as they negotiate the trials of modern life in the capital. From sex to relationships, failing careers to just about paying rent, getting drunk to getting in fights - they're visitors from a scary superpower and they're taking over London.

The pilot sees Elizabeth's crazy-rich childhood friend Fufu visiting London for the first time. It shouldn't be a problem but Elizabeth has lied about her job to avoid shaming her parents. So she deals with the situation like she deals with any situation, by lying some more and getting drunk. Jackie has a big casting for the role of a lifetime, instead of the usual 'Chinese prostitute, DVD seller or takeaway girl' and this is the worst time to be babysitting a kooky new arrival. The Fufu problem isn't going away.

How Not To Date A Chinese Girl