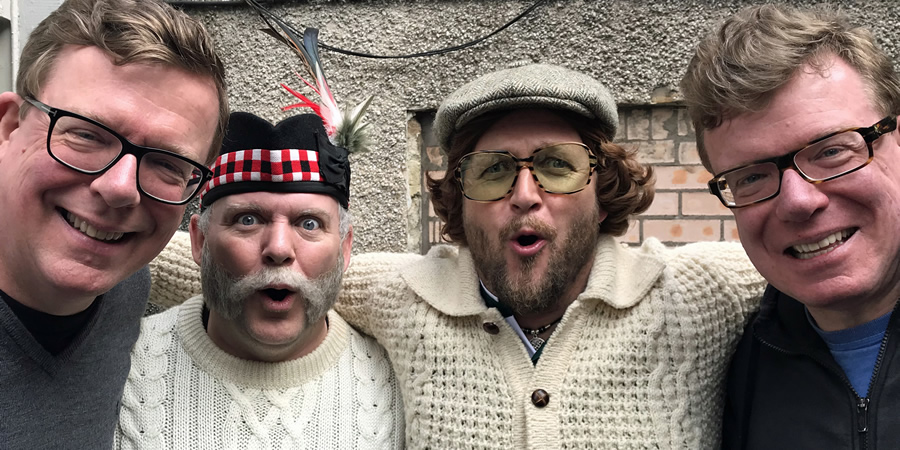 Music mockumentary about icons of the 1970s international folk scene

Scottish music legends Bridge & Allen return to the scene after an absence of 40 years. Icons of the 1970s international folk scene, Alan Allen and Duncan Bridge unexpectedly 'retired' in 1978 at the height of their fame. An inspiration for a generation of musicians, Bridge & Allen mark their return by granting BBC Scotland an access-all area series as they record their much anticipated comeback album of duets.

Bridge & Allen stars Mike Keat and Archie Easton who are better known as musical performers with the hugely successful Cuban Brothers group who have been entertaining audiences around the world for the last 20 years.

This music mockumentary features appearances from The Proclaimers, KT Tunstall and Mel C.