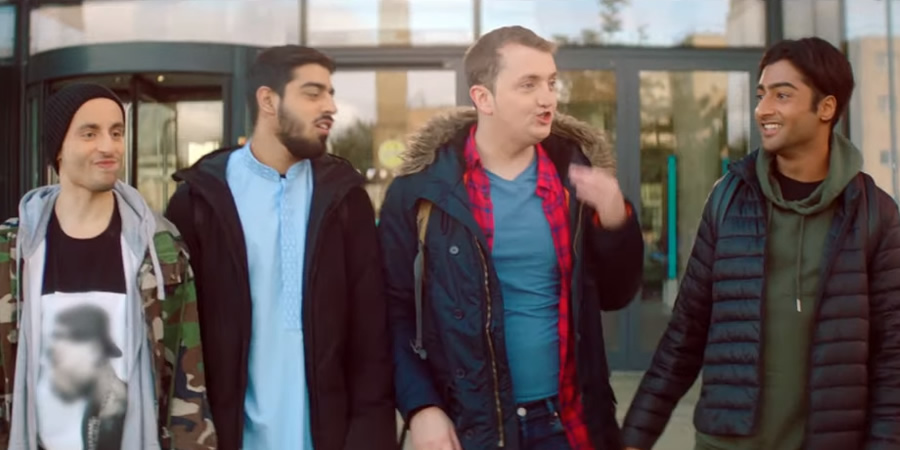 Comedy Blap based on Jonny Pelham's experience growing up in Bradford

It's here, at the beating heart of a city reputedly split along racial lines, that one intrepid foursome stands together. They call themselves the Brad Boyz. They are Bash, Syed, Sham and the white one, Steven. But now at college, the boys are starting to ask questions. Questions like: Does a peach and apricot Fruit Corner constitute adequate reparations for Empire? Can someone be both fit and racist? And: is Haribo haram, bro?

As Steven attempts to make up for his ancestors by ridding the campus of its colonial remnants, the more pressing issue is whether the Brad Boyz can emerge unscathed from the existential threat that is their conflicting identities.

Based on Jonny Pelham's experience growing up in Bradford as the only white kid in his gang, Brad Boyz is a warm, ensemble comedy. It's a coming-of-age tale in the era of identity. And there's some jokes about dog-f***ing.