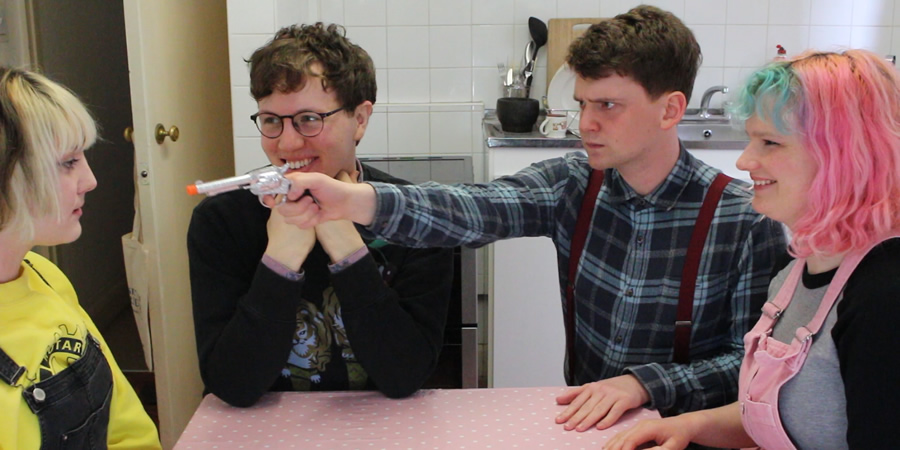 Boondoggle is a Ceefax-themed dystopian alternative comedy night in London, starring Tom Burgess, Siân Docksey, Sam Nicoresti and Zoë Tomalin. It also frequently stars their director Jon Bailey, is made visible by their tech Jake Wood, and showcases an array of weird and wonderful acts from across the comedic airwaves.

This web series is a compendium of the short films made to introduce the theme of each night. As such they are "out-of-context, out of hours, and out of anyone's hands."

Join the chums as they wrestle with competitive eating, drain their bodies of blood, explore weatherless worlds, and have a jolly old romp through the murky waters of the arms trade. 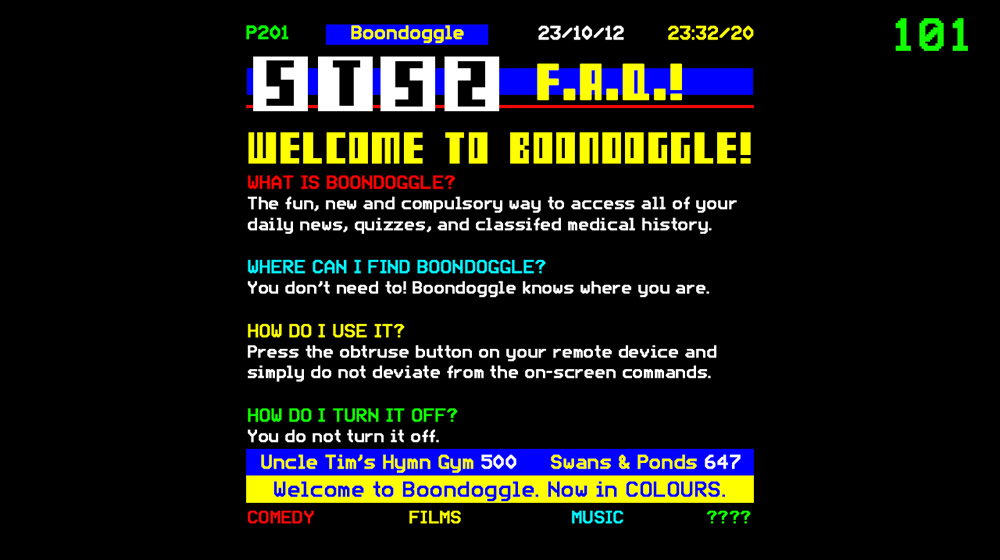