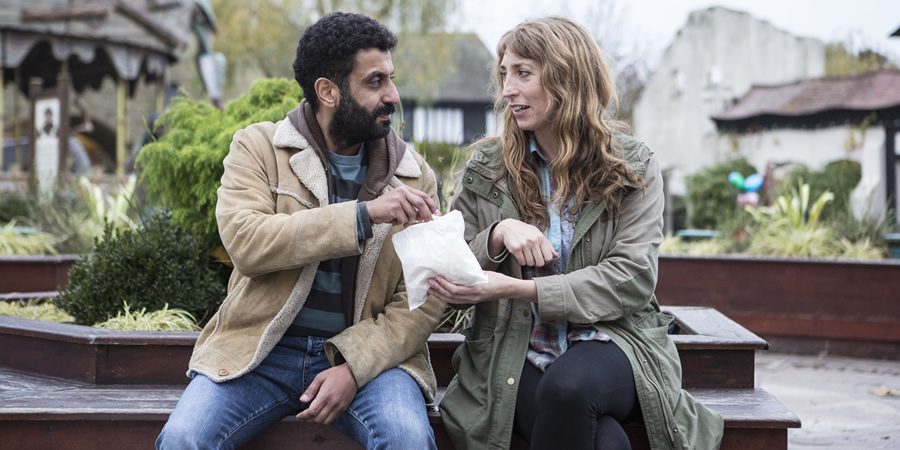 Miri's memories of that terrible night at the Sound Mirror just aren't going away and someone has stuck press clippings from her trial all over town.

Miri's memories of that terrible night at the Sound Mirror just aren't going away. She lies awake at night, obsessively listening to a cassette recording of her and her friends singing when they were teenagers. Could this be a clue to what happened that fateful night all those years ago?

The next day begins badly: the doctor's receptionist refuses to register Miri, whose head wound is in desperate need of attention, and someone has stuck press clippings from Miri's trial all over town. She can't even distract herself with work as Nathan has to wait until the broken window is replaced before re-opening the shop.

Desperate for an escape from reality, Miri asks her mother if they could spend the day together, but Caroline makes her excuses and much as she needs a friend, Miri still refuses to entertain the idea of spending the day with her childhood friend Mandy. But Billy offers welcome companionship and the two embark on an adventure to the local amusement park. The day is going well and the two grow closer, but will Miri ever be able to be honest with Billy about her past? Meanwhile, there's bad news for Oscar as a routine check-up with the Doctor throws up some unwelcome suspicions about his marriage.